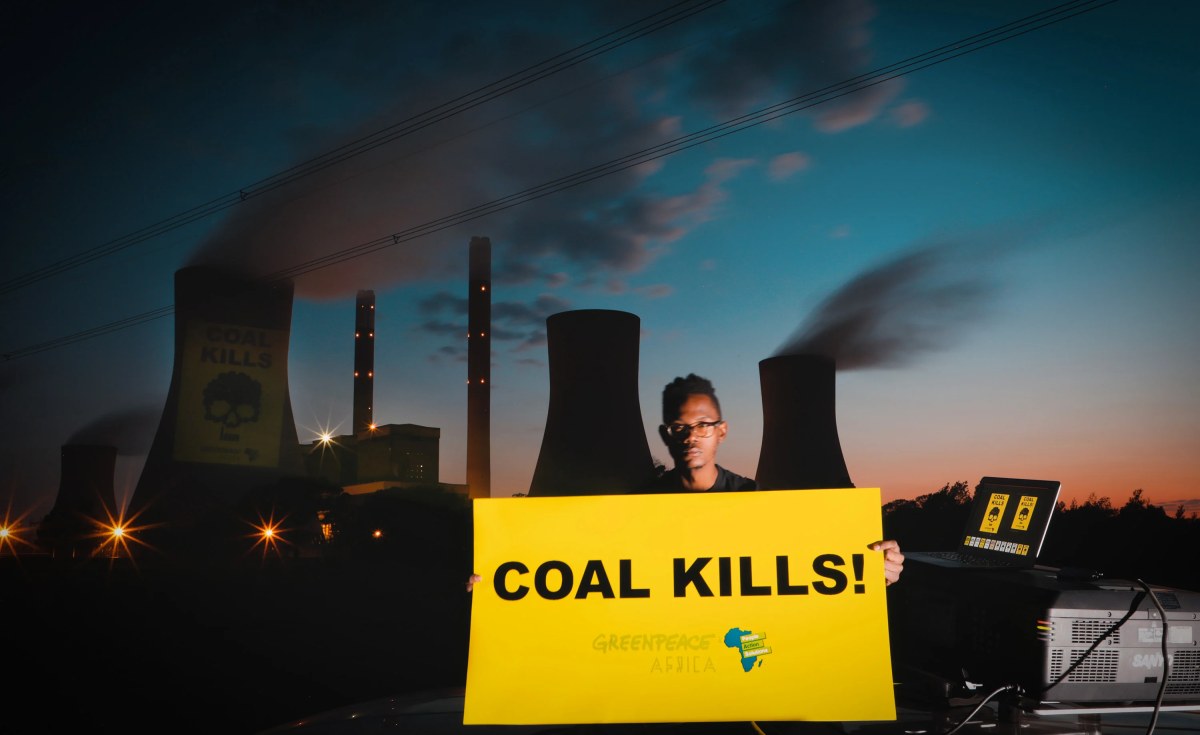 South Africa’s journey towards decarbonisation through the Just Energy Transition Partnership (JETP) has been described as one of the major achievements of the 2021 UN Climate Change Conference, more commonly referred to as COP26. The government announced a major US$8.2 billion deal with the UK, US, Germany, France and the European Union. The climate finance deal aims to invest in renewable energy and move away from coal for South Africa over the next three to five years. COP27 will be held from 6 to 18 November 2022 in Sharm el-Sheikh, Egypt, where the implementation of the JETP investment plan – identifying the projects and activities needed to achieve a just transition – is expected to be discussed during the conference.

According Climate Leaders, these annual United Nations climate change conferences are held under the United Nations Framework Convention on Climate Change (UNFCCC). They serve as the formal meeting of the parties to the UNFCCC (Conference of the Parties, COP) to assess progress in the fight against climate change and, from the mid-1990s, to negotiate the Kyoto Protocol in order to establish obligations legally binding on developed countries to reduce their greenhouse gas emissions.

South Africa’s announcement comes at a time when 77% of the country’s greenhouse gas (GH) emissions come from power generation, According to the President’s Climate Commission. Additionally, South Africa is listed as the 13th largest emitter of GH gas, according to the Global Carbon Atlas and depends on coal to produce 70% of its electricity production.

The JETP has become an example for other countries to follow, with Senegal, Indonesia, Vietnam and India announcing their own JETP plans. However, questions remain about how smaller nations such as the Caribbean, Indian Ocean and Pacific islands – especially developing economies – can secure similar collaborations.

The Carnegie Endowment for International Peace Africa Program and the African Climate Foundation held a round table this week on JETP, including how its implementation in South Africa can be applied to other countries on the continent and the evolving role of the international community in mobilizing climate finance.

The state of the energy crisis in South Africa

In July 2022, President Cyril Ramaphosa announced a series of actions to respond to the years-long energy emergency in South Africa. “The crisis we face demands that we take bold, courageous and decisive action to close the electricity gap,” he said in a televised address to the nation.

Scheduled blackouts, otherwise known as ‘load shedding’, have become a mainstay for South Africa for more than 15 years. The crisis has been exacerbated by the poorly maintained infrastructure of coal-fired power plants across the country which frequently require maintenance. Based on the current trajectory, South Africa needs R1.2 trillion by 2030 to ensure sufficient generation capacity to meet demand, said Eskom Chief Executive Andre de Ruyters. said in business technology. Additionally, the struggling national electric utility is saddled with more than US$400 billion in debt.

As a result, South Africa has started to make progress towards establishing greater investment in renewable energy. The Renewable Energy Independent Power Producer Procurement Program (REIPPPP) was established in light of JET to address the country’s urgent energy needs and deficit by adding more megawatts to the grid through renewable energy sources. renewable.

“The JET framework underscores that tackling climate change is not just an environmental imperative, but also an economic imperative. This framework is an evidence-based document and a victory for evidence-based policy-making. The publication of this framework must now serve as a call to action for all of us to seize the opportunities presented by a low-carbon, inclusive and climate-resilient economy and society,” said President Cyril Ramaphosa.

Speaking at “Partnership for a Just Energy Transition in South Africa: A Climate Finance Model for Africa?” During the discussion, Rudi Dicks – Head of the Project Management Office at the Presidency of the Republic of South Africa – explained how the JETP was designed and how it fits into the country’s overall economic strategy.

“JETP’s objectives align with South Africa’s broader economic strategy,” said Dicks, adding that sustainable economic growth and development is viewed holistically with the fight against climate change, in particular by targeting the objectives set out in the United Nations Framework Convention on Climate Change (UNFCCC). . According to the UN, the UNFCCC has established an international environmental treaty to combat “dangerous human interference with the climate system”, in part by stabilizing concentrations of GH gases in the atmosphere. It was signed by 154 States at the United Nations Conference on Environment and Development held in 1992 in Rio de Janeiro.

Dicks went on to say that while decarbonization was a primary goal of JETP, the need for a diversified economy was also key to better facilitate the creation of sustainable power generation. “Anything you do in electricity around sustainability would immediately affect the whole economy, but we also felt that these were important sectors of our economy given that we are a relatively diversified economy,” he said.

Dicks also clarified how funds from the JETP partnership would be allocated. “How the $8.5 billion will be distributed and spent is based on the fact that we have agreed to develop an investment plan for sustainable growth, so we are in the process of finalizing an investment plan on the base of the JETP which could be a model for South Africa.” Dicks added that the unveiling of a potential investment plan would be made at the next COP conference, saying it would first require government approval. “It needs to be improved by ministers, it needs to be approved by Cabinet, as you know. ensuring that we take everyone with us and that everyone is happy with it,” he said.

A “different context” for Senegal’s JETP

South Africa’s progress in its JETP plans has led Indonesia and Senegal to pursue similar climate goals. Fatou Thiam Sow is head of the planning and studies unit at Senegal’s Ministry of Petroleum and Energy. At the head of a team made up of statisticians, economists and planners, as well as sectoral focal points, she is responsible for coordinating the development of energy policy as well as the Energy Information System which publishes analytical reports on the energy sector.

According to Sow, a JETP for Senegal would require the inclusion of socio-economic development opportunities in the energy sector as well as priority access to universal access to affordable and reliable energy for households and businesses. . “It will also include our commitment related to climate and climate change,” she said.

In this regard, Sow said that Senegal could more easily adopt a JETP since the country’s economy is less dependent on natural resources, even in light of the discovery of oil and gas made in 2014. “A JETP must be a opportunity to also develop the economy and develop new activities for our populations. Without this, the energy transition will not be a success.”

Sow said Senegal’s JETP must, like South Africa’s, be one that simultaneously facilitates the shift to renewable energy while ensuring economic growth and opportunity. While Senegal is a low contributor to GHG emissions, Sow said the country’s JETP is also one that focuses on energy security. “The context of the crisis we are going through has shown us that energy security is important…Energy security is very important. The South African experience is very useful to us. The context is different but the challenges are the same.”

Get the latest African news straight to your inbox

We need to confirm your email address.

To complete the process, please follow the instructions in the email we just sent you.

Indonesia – Past vs Future

A JETP between Indonesia and the Group of Seven (G7) countries has been drafted with the aim of supporting energy policy reforms by decarbonizing the country’s energy system and increasing energy efficiency, according Asia trend. According to Edo Mahendra, Special Advisor to the Coordinating Minister of Maritime Affairs and Investment of the Republic of Indonesia, Indonesia is about a year behind South Africa’s JETP process.

“The Just Energy Transition philosophy for Indonesia is that it should be part of our decarbonization efforts,” Mahendra said. Search by Carbon Brief found that Indonesia was the fourth largest producer of GH emissions in 2015. Additionally, and similarly to the South African government which claimed it has no intention of moving away from the use of coal despite the JETP, the Indonesian government has taken contradictory measures amid their own JETP commitments, attempting to build at least 13.5 GW of new coal-fired power plants in various stages.

According to Mahendra, Indonesia is still aiming for the transition to a low-carbon economy and decarbonization while adhering to the essential “puzzle piece” of a just energy transition. Mahendra also gave insight into the kind of energy transition Indonesia hopes to achieve. He cited energy security and affordability as non-negotiable. “If it’s not affordable, it’s not fair,” he said. Mahendra added that traditional economic growth is only valued by a number of countries as it is energy intensive, an aspect that developing countries struggle to overcome.