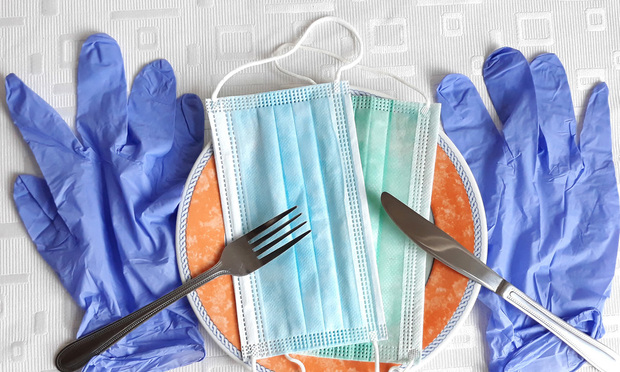 Another appeals court sides with insurer in COVID BI case

The United States Court of Appeals for the Sixth Circuit has sided with an insurance company after denying an insured’s COVID-19 business interruption claim. The verdict comes as the wait continues for a decision from the Ohio Supreme Court as to what “direct physical loss or damage to property” means in these cases.

In this case, the plaintiffs own and operate restaurants in Ohio, Indiana, Florida, Michigan and Pennsylvania. All have filed claims with Zurich American Insurance Co. to recover lost business revenue they attributed to government orders limiting in-person dining in an effort to stop the spread of COVID-19, the notice said. from the circuit court filed June 13.

Zurich rejected the plaintiffs’ claim because they had not suffered “physical loss or damage” to their buildings, according to the opinion.

U.S. District Judge Dan A. Polster of the Northern District of Ohio initially sided with plaintiffs, finding that under Ohio law, Zurich’s policy was “ambiguous” and “susceptible to more than one interpretation”, according to the opinion.

Zurich appealed and the circuit court panel reversed Polster’s order and sent it back for reconsideration in light of the Sixth Circuit’s decision in Santo’s Italian Café LLC v Acuity Insurancefinding that “a pandemic-triggered government order prohibiting in-person dining at a restaurant” is not considered “direct physical loss or damage to ‘property’ under Ohio law” .

Polster ultimately entered summary judgment in favor of Zurich. Then the plaintiffs appealed.

“The Ohio Supreme Court has yet to rule on the question of what ‘direct physical loss or damage to property’ means.” However, we recently reviewed nearly identical policy language under Ohio law, particularly with respect to the COVID-19 pandemic…we concluded that unambiguous policy language required a claimant to demonstrate “ either the destruction of the property or the dispossession of the owner to show “the loss”. “and a direct physical alteration of the property to show ‘damage,'” Judge R. Guy Cole Jr. wrote on behalf of the panel, citing language from the 2021 Sixth Circuit ruling in Dakota Girls LLC v Philadelphia Indemnity Insurancewho in turn quoted that of Santo.

In January 2021, an Ohio District Court judge asked the state High Court to rule on a COVID-19 business interruption complaint filed by an audiology company, Neuro-Communication Services Inc. ., v. The Cincinnati Insurance Co. On Wednesday, an Ohio Supreme Court opinion was not filed.

The Supreme Judicial Court of Massachusetts and the Supreme Court of Iowa became the first high state courts in the nation in April to decide whether companies can recover COVID-19-related business losses under their insurance policies. insurance.

Consistent with a number of federal courts that have considered the issue, both state supreme courts have ruled that the mere loss of use of a business does not constitute “direct physical loss or damage to” within the meaning provisions of the insurance policy. . Therefore, the coverage is not triggered and the insurance companies are shielded from these payments, according to the opinions of the courts.

In the case against Zurich, the plaintiffs “insist that their policy is distinct” and that of Santo Not Applicable. They claim because they have been “deprived[…]their ability to use the insured premises to dine in person”, that they “lost” their property because they “lost ‘their right under the[ir] leases to ‘profit’ from operating the insured premises as fine dining establishments with in-person catering,” the opinion states.

Messages seeking comment were not immediately returned by Sean Koran of Sonkin & Koberna on behalf of the plaintiffs, or by Patrick Hofer, a partner at Clyde & Co., for the insurance company.