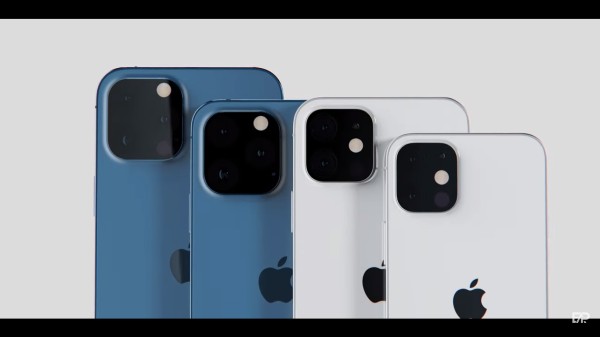 Apple is gearing up for WWDC, which is expected to kick off in a few days. At the same time, the company is also working on the next iPhone line, which is expected to launch in September. Reports suggest that Samsung and LG are ramping up OLED production for the upcoming iPhone 13 series.

Apple has trusted South Korean companies Samsung and LG for its iPhone display panels for some time. And Samsung and LG have now increased full-scale production for the upcoming iPhone 13 series, which is expected to include the base, Mini, Pro, and Pro Max models.

Reports now reveal that LG has started manufacturing the OLED panels for the iPhone 13, while Samsung is working on the 120Hz ProMotion displays for the iPhone 13 Pro models. At first glance, members of Apple’s supply chain are ramping up production to meet demand, which is expected to increase in the coming months.

the report comes from Apple Insider, which quotes The Elec which confirms the full production of the Samsung and LG units. Samsung is currently the sole producer of Apple’s low-temperature polycrystalline oxide (LTPO) thin-film transistor (TFT) OLED panels.

Note that the LPTO displays will support refresh rates of 120 Hz. In addition, the Pro models are designed to benefit from the widely used ProMotion functionality with a refresh rate of 120 Hz. On the other hand, LG is developing the Low Temperature Polycrystalline Silicon (LTPS) TFT OLED panels for iPhone 13 and iPhone 13 Mini.

Reports suggest that Samsung started production in mid-May, while LG started manufacturing later in May. The report further notes that Samsung would produce around 120 million and 130 million OLED panels in total this year at Apple. It is estimated that LG will ship around 50 million display panels to Apple this year.