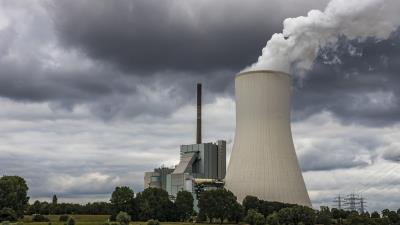 Awakening before the COP26: no new extraction of oil, gas, coal …

By making a 1.5 degree Celsius scenario the benchmark for this year’s World Energy Outlook (WEO), the IEA challenges governments and businesses to back up the late Paris commitments with immediate action to ward off the fossil fuel energy system.

Notably, this year’s WEO consolidates the political conclusion, first presented by the IEA in May, that no new oil, gas and coal extraction projects should be approved under a trajectory aligned to 1.5 degrees C, alongside increased investment in clean energy and efficiency solutions.

The finding reinforces demands from climate activists that governments and financial institutions take immediate action to stop investing in new fossil fuel extraction and quickly increase climate finance ahead of this year’s COP26 summit in Glasgow.

The Glasgow summit is the first meeting of the Conference of the Parties (COP) to the United Nations Framework Convention on Climate Change (UNFCCC) to be held since the Paris Agreement succeeded the Kyoto Protocol in 2020.

It is also the first major United Nations environmental meeting to be held in person from November 1-12, 2021 since the start of the coronavirus pandemic.

The success or failure of the climate future is in the hands of world leaders, said Alok Sharma, president of the 26th United Nations Climate Conference (COP26) in a speech on Tuesday at UNESCO Headquarters in Paris.

“And so has the fate of the Paris Agreement. Since it was signed, the world has not done enough. Emissions have continued to increase, and the Intergovernmental Panel on Climate Change has issued a red code for the climate. we act immediately, the 1.5 degree limit will become out of reach, ”said Sharma.

“Already, temperatures have risen at least 1.1 degrees above pre-industrial levels. Extreme weather conditions are afoot around the world. This summer we saw devastating flooding in Central Europe and China. , wildfires raging in North America, record temperatures around the world, and what some have called the world’s first climate-induced famine in Madagascar, ”he added.

At the same time, in response to the IEA’s Global Energy Outlook, David Tong, campaign manager for global industry, Oil Change International, said: “Today’s report is a sea change for the International Energy Agency. will jeopardize our chance to limit warming to 1.5 ° C.

“On the other hand, investing in clean energy brings huge benefits. A massive increase in clean energy would guarantee access to energy, reduce price shocks, prevent millions of deaths from air pollution and create millions more jobs. Justifying dangerous investments in the expansion of fossil fuels must be completed. “

Carbon Tracker Founder and Executive Chairman Mark Campanale told IANS: “Ahead of the most important climate meeting in decades, the IEA has stepped up to give us real advice on how to manage the climate crisis.

“The IEA notes that demand for fossil fuels has peaked in almost all of its scenarios. We are on the cusp of a new era. It is important to note what needs to be done beyond existing commitments to reach net zero by mid-century and reiterates that there is no need for further investment in oil, gas and coal if we are to stay below 1.5 ° C. “

Christian Aid’s climate policy chief Kat Kramer told IANS: “The IEA’s World Energy Outlook gives the world a failing ‘F’ rating in energy transition. The speed at which the energy transition is happening now means that governments, especially those in richer countries, are failing to cut emissions in line with what science calls to limit temperature increases to 1.5 ° C. . “

“Governments and industries around the world must quickly end the use of all fossil fuels in a way that ensures a just transition for workers and communities, and that ensures that the 1.1 billion people in the world who still do not have access to modern energy can take a leap forward. dirty development paths. “

For Sharma, four elements for COP26 to reach the level of ambition are: climate action plans to significantly reduce emissions by 2030 and reach net zero by mid-century, and support adaptation to face climate threats.

Concrete action to implement these plans, including agreements on reducing coal, electric cars, protecting trees and reducing methane emissions, to honor the $ 100 billion commitment to fund the action climate and adaptation in developing states, and a negotiated outcome that paves the way for a decade of ever-growing ambition.

Legal warning: MENAFN provides the information “as is” without warranty of any kind. We accept no responsibility for the accuracy, content, images, videos, licenses, completeness, legality or reliability of the information contained in this article. If you have any complaints or copyright issues related to this item, please contact the supplier above.