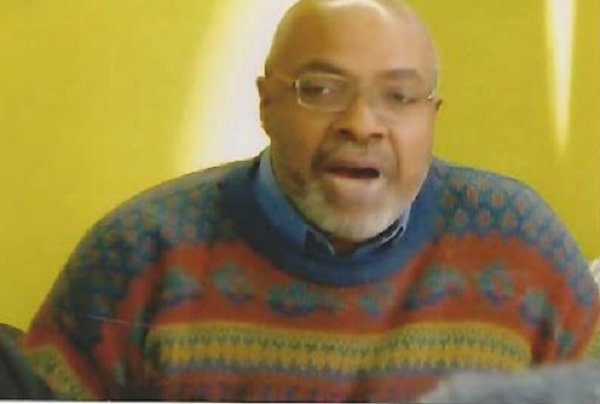 Fears about the impact of climate change are a reality for billions of people around the world.

In southern Africa, a series of cyclones and tropical storms caused enormous damage in Mozambique, Madagascar and Malawi.

Cyclone Gombe hit the coast of Mossuril district in Mozambique’s Nampula province on March 11. The severe tropical event was marked by winds reaching 190 km/h (118 miles) with rainfall at 200/24h (7.874 inches).

Gombe came just two months after Ana hit Mozambique in January. On top of that, there was Tropical Depression Dumako which made landfall in February. In Mozambique alone, 200,000 people have been affected in the provinces of Nampula, Zambezia and Tete. Before the end of March, heavy rains were forecast in the provinces of Zambezia, Sofala, Manica and Nampula, which could lead to flooding in the Licungo and Zambezia river basins as well as in the southeastern region of Tete.

According to an article on the climate situation in southeastern Africa along the Indian Ocean, Afrik 21 notes: “In neighboring Malawi, the disaster caused heavy rains leading to flooding in nine districts, including Machinga located 256 km (159 miles) from the capital Lilongwe. . A total of seven people died in the south of the country, as authorities deployed rescue teams to flood-hit areas such as Liwonde, home to the country’s fourth-largest national park, and the Namandanje River. , which serves as the border with Mozambique. Although Gombe did not reach Madagascar, the country most vulnerable to natural disasters in East Africa, the big island experienced other phenomena at the start of the year, such as Cyclone Batisrai, which followed the storm Ana and had wind gusts of 235 km (146 miles) per hour. After causing flooding across the country, destroying buildings and uprooting trees, the storm left 92 dead and 50,000 displaced.

These three states, Mozambique, Malawi and Madagascar, belong to the Southern African Development Community (SADC), a regional organization of 16 countries across the subcontinent and the Democratic Republic of Congo (DRC). SADC holds regular meetings to discuss matters of common interest, including increased cooperation and economic integration among its member nations.

However, regional plans debated and ratified by SADC summits and working groups are hampered due to repeated tropical storms and other weather disasters. The Southern African region is endowed with natural resources and close proximity to the Indian Ocean, making its potential for growth and development boundless.

For example, Mozambique is at the center of a major energy project designed to produce liquefied natural gas (LNG) for export in Cabo Delgado province. Regardless of recent cyclones, there is an armed insurgency that has attacked towns and villages across the province, stalling LNG development while causing people to flee to seek safety outside the area. SADC and Rwandan military forces have been deployed to Cabo Delgado to assist Mozambican armed forces in counter-insurgency operations.

SADC countries are perhaps the most politically unified of regional organizations across the continent. Even the African Union (AU), which comprises 55 member states, which maintains a secretariat in Addis Ababa, Ethiopia at its headquarters, has not been able to move as quickly in implementing its proposals that SADC.

Cyclone Gombe and other disastrous climatic phenomena pose enormous challenges to the region as well as geopolitical areas. With the public health crisis of the past two years due to COVID-19, the compounded reality of cyclones and resulting floods is severely hampering the planning capacity of governments and other sectors of society. Consequently, cyclones are a contributing factor to increasing national debt levels of African states.

The failed legacy of COP26

Last year, another major climate conference was sponsored by the United Nations in Glasgow, Scotland. The COP26 gathering was the scene of many political struggles surrounding the issues discussed and, more importantly, the final declaration of the event.

The UN in its report on the meeting said: “The UN Climate Change Conference in Glasgow (COP26) brought together 120 world leaders and more than 40,000 registered participants, including 22,274 party delegates, 14,124 observers and 3,886 media representatives. For two weeks the world has been riveted on all facets of climate change – the science, the solutions, the political will to act and clear indications of action…. “The approved texts are a compromise,” said UN Secretary General António Guterres. “They reflect interests, conditions, contradictions and the state of political will in the world today. They are taking important steps, but unfortunately the collective political will has not been sufficient to overcome some deep contradictions. (https://www.un.org/en/climatechange/cop26)

Yet these compromises are the direct result of Western states, from Washington to Berlin, which have often opposed the adoption of concrete targets for greenhouse gas emissions around the world. It is the capitalist countries of the United States and Western Europe that are most guilty of the deterioration of the environmental state of the planet.

In fact, some studies suggest that the US Department of Defense is the biggest polluter internationally. Thanks to the demand for armaments, ammunition, fighter jets and other military equipment, as well as the presence of more than 7,000 military bases established and administered by the Pentagon, Washington and Wall Street are at the origin of the burning of harmful toxins that damage the air, land and water of countries around the world.

A 2016 report on the link between the climate crisis and US militarism states: “Yet, despite being the largest institutional consumer of fossil fuels on the planet, the Pentagon has been granted a one-time exemption from reducing – or even to report – its pollution. The United States won this award during the Kyoto Protocol negotiations in 1998 after the Pentagon insisted on a “national security provision” that would place its operations beyond global scrutiny or scrutiny…. The Air Force accounts for about half of the Pentagon’s operational energy consumption, followed by the Navy (33%) and the Army (15%). In 2012, oil accounted for almost 80% of the Pentagon’s energy consumption, followed by electricity, natural gas and coal. (Https://www.earthisland.org/journal/index.php/articles/entry/the_pentagons_hidden_impact_on_climate_change/?utm_source=google&utm_medium=paid&utm_campaign=tfd_dsa&gclid=Cj0KCQjw5-WRBhCKARIsAAId9FlLqV0cBonWQx2WvpYjQ7l1spNBGffnHfsLF0SqORs0N9kDwef0F5AaAoocEALw_wcB)

The fact that these facts are placed in an article without any refutation by the Pentagon, clearly illustrates that the fight against climate change must also encompass as an essential starting point, the role of the imperialist militarism of the Pentagon. These questions remain with the international community in the current period due to the war triggered by attempts to expand the North Atlantic Treaty Organization (NATO) in Eastern Europe to the state of Ukraine. combined with efforts to rearm Germany and reverse the neutrality of Finland and Switzerland.

Anti-imperialists and solidarity activists based in Western countries should never refrain from pointing to the role of military bases and Pentagon war efforts as major contributing factors to worsening climate change. East Africa has been a focal point for what are often referred to as “natural disasters” beyond the ability of humans to prevent. Nevertheless, many scientists and analysts have repeatedly linked mass production, light industry, mining, food production, military services and climate change.

The countries of Mozambique, Malawi and Madagascar contribute almost nothing to the occurrence of climatic disasters. These states should be aided by relief efforts and the construction of infrastructure designed to minimize the impact of cyclones and other severe weather disturbances.

The reconstruction of damaged communities in southern Africa should be supported by people of good will in imperialist countries since it is their own governments and corporations that have for decades implemented policies that have a disproportionate negative impact on the peoples of Africa, Asia and Latin America as well as the oppressed peoples and the working class within the western industrialized states of North America and Western Europe.

__
To share information or for a quote, email [email protected]