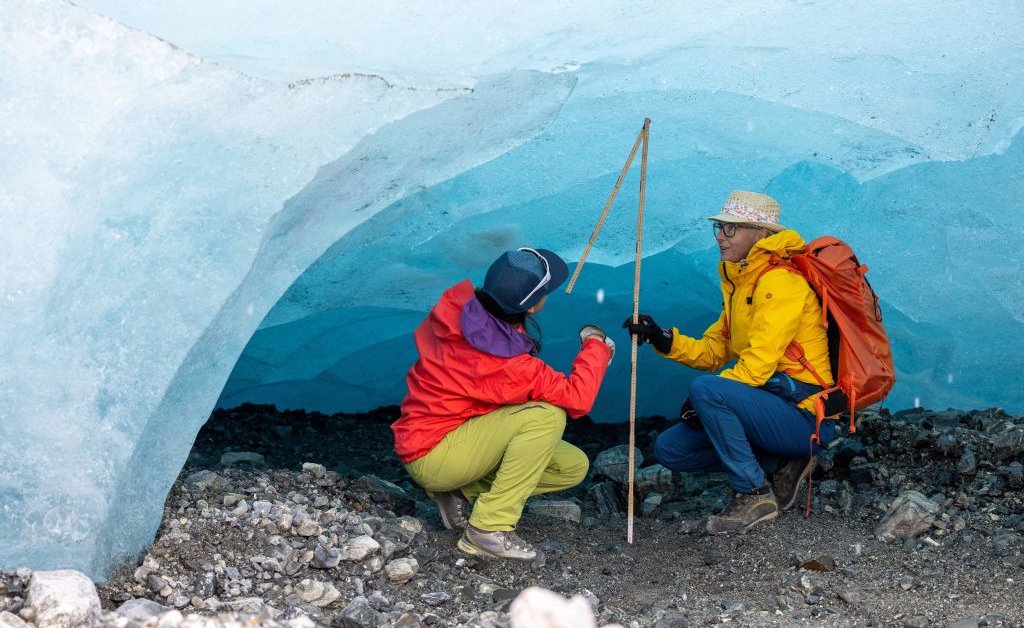 Climate science is stronger than ever before COP27

IIf you’ve been alive for seven years, you’ve lived the hottest period recorded on planet earth. In Europe, temperature records have been broken year after year as heat waves have become an annual event. Much of the continent this summer has been plagued by the worst drought on record as major streams and rivers in France and Italy completely dried up.

We live in a time of frightening extremes. But it is also a time of growing scientific awareness. Climatologists have long understood that a hotter planet is a less habitable planet. But, until recently, they could tell with little precision how rising temperatures are contributing to individual storms or species loss. Today, sophisticated statistical models allow them to state with confidence how climate change is fueling a multitude of ecological disasters. For example, the most recent report of the Intergovernmental Panel on Climate Change found that an increase in average global temperatures of 1.5 to 3 degrees Celsius would nearly double the extinction rates of terrestrial organisms and quadruple the risk of severe flooding.

As the upcoming United Nations Climate Change Conference, COP27, approaching in November, we are on the edge of the abyss. The data is clear: no region or nation is immune to the ravages of climate change. The question is whether we can act fast enough to avert planetary catastrophe.

The many global impacts

It starts at the top, in the high altitudes and latitudes of the planet where snow and ice are disappearing at an alarming rate. The glaciers of the Alps have lost almost half of their ice volume since 1900, according to the European Environment Agency, and are expected to decrease by another two-thirds by the end of the century. A bigger concern is the rapid melting of ice in Earth’s polar regions, which are warming twice as fast as the rest of the planet. According to NASA data, Arctic sea ice has shrunk by 13% per decade since the late 1970s, and Antarctic ice sheets lose an average of 150 billion tons of ice mass per year. (For comparison, a single gigatonne of ice would cover an area the size of Central Park in a layer more than 1,100 feet thick.)

As the ice caps melt, sea levels rise. And this, in turn, leads to the flooding and erosion of the coastal regions of the planet. Nowhere is the phenomenon more apparent than in Tuvalu, an archipelago in the South Pacific where the ocean is increasing by about 5 millimeters per year (nearly twice the world average). At current rates, experts say, the islands, home to nearly 12,000 people, could become uninhabitable by 2100. Last November, the situation prompted the Minister of Justice, Communication and Foreign Affairs of Tuvalu, Simon Kofe, to give a televised speech at the UN climate change conference COP26 in Glasgow, in Scotland, from a podium half submerged in water. “Climate change and sea level rise are deadly and pose an existential threat to Tuvalu and the low lying atoll countries,” Kofe said. “We are sinking, but so is everyone else.”

Rising temperatures are also fueling more frequent extreme weather events. Nine of the 10 costliest hurricanes that have hit the United States have all occurred since the turn of the 21st century. The mega-drought that gripped the southwestern United States for more than two decades saw the west’s two largest reservoirs, Lake Mead and Lake Powell, reduced to vast fissured mudflats. The Colorado River, which feeds these reservoirs, is rapidly shrinking and this decline is having disastrous consequences for the 40 million people in the American West who depend on the river for their water supply.

While the consequences of global warming are felt by people around the world, the worst impacts hit the poor hardest. According to a report by the Food and Agriculture Organization of the United Nations, more than half a billion of the world’s most undernourished people also live in underdeveloped countries that are extremely vulnerable to climate shocks. By 2030, climate change could lead to more 100 million additional people in extreme povertyaccording to a World Bank study.

Humans aren’t the only injured living beings on a planet whose weather systems have gone haywire. A study published last April in the journal Science by researchers at Princeton University found that a “business as usual” approach could lead a global collapse of marine ecosystems by the end of the century, a scenario “unseen since the extinction of the dinosaurs”, according to a press release. The Center for Biological Diversity projects that more than A third of the planet’s species could disappear by 2050 if we do nothing to slow global warming.

How, exactly, did we get here? In a word: carbon.

Long before humans began altering the composition of the atmosphere, the planet began to warm as it emerged from the last ice age around 11,000 years ago. But we have accelerated the natural rate of warming through the uncontrolled burning of coal, oil and gas.

At the dawn of the industrial revolution, people began to burn these fossil fuels in massive quantities to power factories, heat homes and transport fuel. This burning, in turn, added huge volumes of carbon dioxide to the atmosphere. As populations and industrialized economies have grown over the past two and a half centuries, emissions of carbon dioxide and other greenhouse gases have increased exponentially.

World leaders are slowly waking up to the growing threat of runaway carbon emissions. But the response so far has been disproportionate to the scale of the problem. Since the first major climate gathering was convened in Geneva, Switzerland, in 1979, the concentration of atmospheric carbon increased by nearly 25%. The Kyoto Protocol, adopted in 1997 and signed by more than 150 countries, was a historic treaty, which required developed countries to reduce their emissions by around 5% compared to 1990 levels. It also provided a framework to monitor these reductions. One of the main flaws of the Kyoto Protocol, however, is that it did not oblige developing countries, including China and India, two of the biggest carbon emitters, to participate.

The 2015 Paris climate agreement is the most ambitious global climate agreement to date. It requires all signatories (including China and India) to set national targets aimed at preventing the global average temperature from rising 1.5 degrees Celsius above pre-industrial levels. The Paris Agreement also sets out a path to global carbon neutrality by the second half of the century.

The Kyoto and Paris prescriptions have stimulated political action. Last year, the European Union passed a law requiring member countries to collectively reduce their emissions by 55% below 1990 levels by 2030. Last spring, the Biden administration announced its goal of halving US emissions by the end of the decade.

A boost for action

But these efforts have often been thwarted by political leaders and parties with close ties to the fossil fuel industry. In 2017, for example, the Trump administration announced it was withdrawing from the Paris Agreement, citing an unfair burden on US manufacturing companies; this withdrawal officially took effect in 2020. On his first day in office, President Joe Biden announced that the United States would rejoin the agreement. And in August, Democrats finally pushed through landmark climate legislation under the Inflation Reduction Act which experts say will go a long way in helping the United States meet Biden’s 2030 emissions target.

Meanwhile, the leaders of African countries appear to be poised to push for more fossil fuel investment in their continent, which has large oil reserves waiting to be tapped, and they could find customers. desirous among the developed countries, according to Guardian. Tapping into these vast reserves would be disastrous for meeting global climate goals.

As the political tides shift in various directions, renewable and carbon-free energy sources such as wind and solar have grown steadily, accounting for more than a quarter of the total global energy mix, according to the International Energy Agency. In the United States, renewable energies are 20% of the “utility-scale generation.” But of that total, about a third comes from hydroelectricity, which, although carbon neutral, is environmentally problematic because it involves the construction of dams and the diversion of rivers.

In addition to renewable energy, some have promoted economic measures such as cap and trade or carbon offset systems instead of reducing their own emissions. Critics say these approaches are vulnerable to shoddy accounting and even outright fraud. Some promote a simpler (and transparent) carbon tax, in which polluters are required to pay a fixed charge based on the amount of carbon they emit.

Meanwhile, others are offering technical solutions such as direct air capture and storage, a process in which carbon is siphoned from the atmosphere and pumped into rock formations deep underground. Last fall, the world’s largest carbon dioxide removal plant was commissioned in Iceland. Known as the Orc, the facility, which costs around $10-15 million, is powered by a nearby geothermal power plant and is capable of capturing 4,000 metric tons of carbon per year – the same amount released in a year by around 800 cars – a tiny fraction of the more than 30 billion metric tons of carbon emitted globally in 2020.

A more drastic “geoengineering” scheme proposes seeding the ocean with fertilizers to stimulate the growth of photosynthetic plankton. These tiny organisms, in theory, could absorb large amounts of carbon dioxide from the atmosphere. Proponents also say the technique could help reduce the harmful effects of ocean acidification, also due to rising atmospheric carbon concentrations, which have damaged coral reefs and marine ecosystems around the world.

If the tools available are numerous, the effort must be rapid, coordinated and global if we hope to slow down the catastrophic warming of the planet. The climate crisis is this generation’s defining battle, and it’s a battle that must be won.

This article is part of a series on key topics of the climate crisis for time.com and CO2.com, a division of TIME that helps businesses reduce their impact on the planet. For more information, visit co2.com

Get insured: when health insurance is lacking