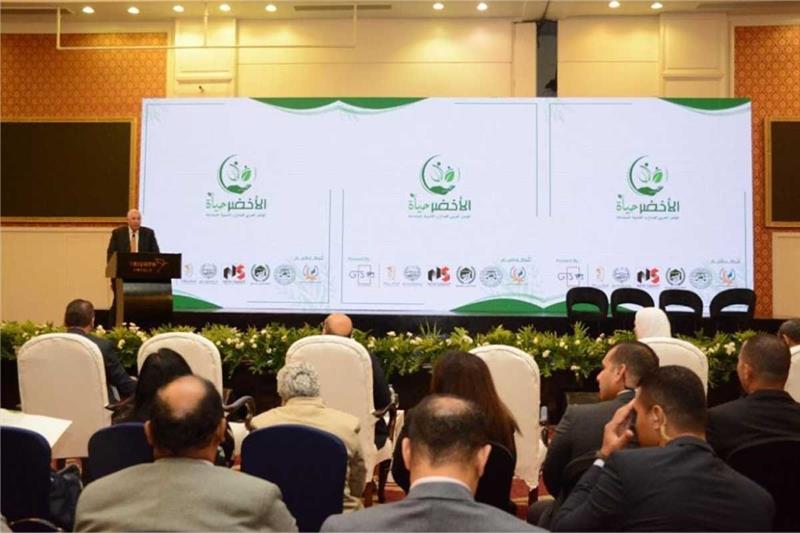 Agriculture Minister El-Sayed El-Quseir made the remarks at the first Arab Conference on Climate and Sustainable Development, organized by the Council for Arab Economic Unity (CAEU) which Egypt hosted on Sunday under the theme Al-Akhdar Hayah (Green is life).

This comes less than 50 days before the 2022 United Nations Climate Change Conference (COP27), scheduled for November 6-18 in the Egyptian city of Sharm el-Sheikh.

As the official host of the COP27 conference, Egypt is committed to delivering results in terms of helping developing countries, especially in Africa, to benefit from climate finance.

During the second edition of the Egyptian International Cooperation Forum (Egypt-ICF 2022), held on September 7, Egyptian President Abdel-Fattah El-Sisi called on the countries most responsible for the impacts of climate change to increase their contributions to support efforts to mitigate the effects of climate change.

El-Sisi made the comments after US climate change envoy John Kerry pointed out at the forum that 20 countries are responsible for 80% of total global emissions, while 24 countries in Africa cause only 0, 55% of these emissions.

During his speech today, El-Quseir recommended that governments encourage the private sector to inject investment to support adaptation and mitigation projects by introducing incentives and tax breaks.

He also underlined the importance of supporting legislation supporting adaptation and mitigation measures in the face of climate change and taking comprehensive measures to reduce emissions and achieve the Sustainable Development Goals.

The Egyptian minister also called for the creation of a “carbon platform” to help local communities build their capacity to engage in building more resilient and sustainable agricultural systems, especially in vulnerable regions. to the climate.

El-Quseir also urged establishing early warning systems at local and regional levels that enable farmers and others to take proactive action in the face of accelerating climate change.

The Minister affirmed the need for major industrialized countries to meet their climate commitments under the United Nations Framework Convention on Climate Change (UNFCCC), the 2015 Paris Agreement and the Kyoto Protocol.

“Egypt’s hosting of COP27 creates an unprecedented opportunity for member countries to expand their efforts to implement climate-related measures and solutions that address water scarcity, energy and food systems,” added the Minister.

Speaking at the conference, Egypt’s Minister of Social Solidarity, Nevine El-Qabbaj, underscored Egypt’s commitment to the Paris Agreement, which obliges nations to put in place plans to reduce emissions.

Stimulate the participation of civil society

The Ministry of Social Solidarity is keen to ensure strong and effective participation of civil society groups and volunteers at COP27, El-Qabbaj said.

The ministry is also keen to present a true image that showcases the great efforts of civil society in Egypt to provide all forms of protection to social categories in need against economic, social and environmental threats, she added. .

The ministry also plans to organize a day for civil society on the sidelines of COP27 to highlight the role and successes of civil society in the field of climate change mitigation, taking into account the global dimensions, regional and local at all levels, she added. added.

The Egyptian government has repeatedly affirmed its desire to allow as many local and foreign civil society organizations as possible to participate and express themselves at COP27.

Egypt is preparing around the clock to host COP27 and receive the largest number of participants. Those interested in attending the conference can register on the official COP27 website here.

Meanwhile, the Egyptian EC4SDF, a non-governmental organization (NGO) observer at COP27, said in late August that around 35,000 people from around the world have so far registered on the UN website to attend COP27.

This puts the upcoming UN climate change conference in Sharm el-Sheikh on track to become one of the most attended COPs, the NGO said.

Egypt reiterated that it would seek at the conference to push for the implementation of climate commitments on the ground under the Paris Agreement.

Egypt will also urge developed countries to keep their promise to mobilize the necessary funds to help developing countries with mitigation and adaptation measures.

Northwest Pipe (NASDAQ:NWPX) does what it takes to multiply its stock price

Marine insurance premium, loss standards to be changed on the energy transition: sources