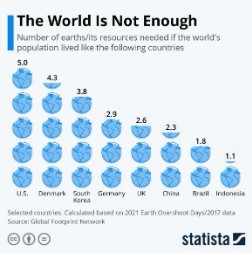 Fifty years of the United Nations Conference on the Human Environment, 1972 – what we have achieved and what we have missed

The United Nations Conference on the Human Environment, also known as the Stockholm Conference, was a watershed moment to address the issue of environment at the center of the world stage. The conference was held in Stockholm, Sweden, June 5-16, 1972. It was largely influenced by the report on “Limit to Growth” submitted to the Club of Rome in 1971 and published in March 1972.

The conference report set out 26 principles regarding the environment and 109 recommendations for action at the international level covering areas related to human settlements for environmental quality; natural resource management; Pollutants of major international importance; Educational, informational, social and cultural aspects of environmental issues; and Development and Environment.

The approach was to balance both the rights and responsibilities of human beings, as stated in the very first principle “Man has the fundamental right to liberty, equality and adequate living conditions, in an environment of a quality that allows a dignified and good life”. to be, and bears the solemn responsibility to protect and improve the environment for present and future generations.

United Nations Environment Program (UNEP) was established in December 1972 to coordinate global efforts to promote sustainability and save nature environment. It was also decided to designate June 5 as World Environment Day to undertake global activities and concern for the preservation and improvement of the human environment.

India created National Environmental Planning and Co-ordinating Committee (NCEPC) under the Department of Science and Technology in February 1972 to provide environmental considerations in the development process, prior to the United Nations conference.

The NCEPC has played an important role in the formulation of legislative measures such as the Wildlife Protection Act 1972, the Water (Pollution Prevention and Control) Act 1974 and the Air (Pollution Prevention and Control) Act 1981. CPCB and SPCB were established under the Water Act 1974. NCEPC merged with Department of Environment and Forests created in 1985.

Over the past 50 years, the focus on the environment has seen many significant achievements, although they have been insufficient to address many critical environmental issues. Some of the global success stories are:

Yet the world failed to address many critical environmental issues, especially those that had not been contemplated or identified in 1972, as the rate of GDP growth remained the primary driver of development to improve living standards.

However, if the world aspires to have the same level of standard of living and consumption as in the USA, we will need 5 earth and there is only one Earth.

In this context, it is worth returning to “Limit to Growth” report published in 1972 using the World3 model based on five variables: “population, food production, industrialization, pollution and consumption of non-renewable natural resources”. The result is shown in the following table.

These forecasts were based on the growth assumptions as envisioned in 1972. This revived the debate on the “limits to growth” and focused on the concept of circular economy.

Although many problems have been resolved over the past 50 years, there are still few major burning issues related to the following:

Technology plays an important role in solving these problems, but cannot accomplish much unless we change our thought processes and behaviors. Albert Einstein said, “We cannot solve our problems with the same way of thinking that we used when we created them. » Sustainable development should be aligned with the concept of ‘limit to growth’ and targeted ‘degrowth’ in certain geographies/sectors based on the philosophy of the ‘carrying capacity’ of the ecosystem.

We need to collaborate, not compete, to partner with technocrats, energy startups, policymakers, consumers, and influencers like the media to create the next set of success stories, eliminate some of the above issues, and help drive growth. environment of India.

The opinions expressed above are those of the author.