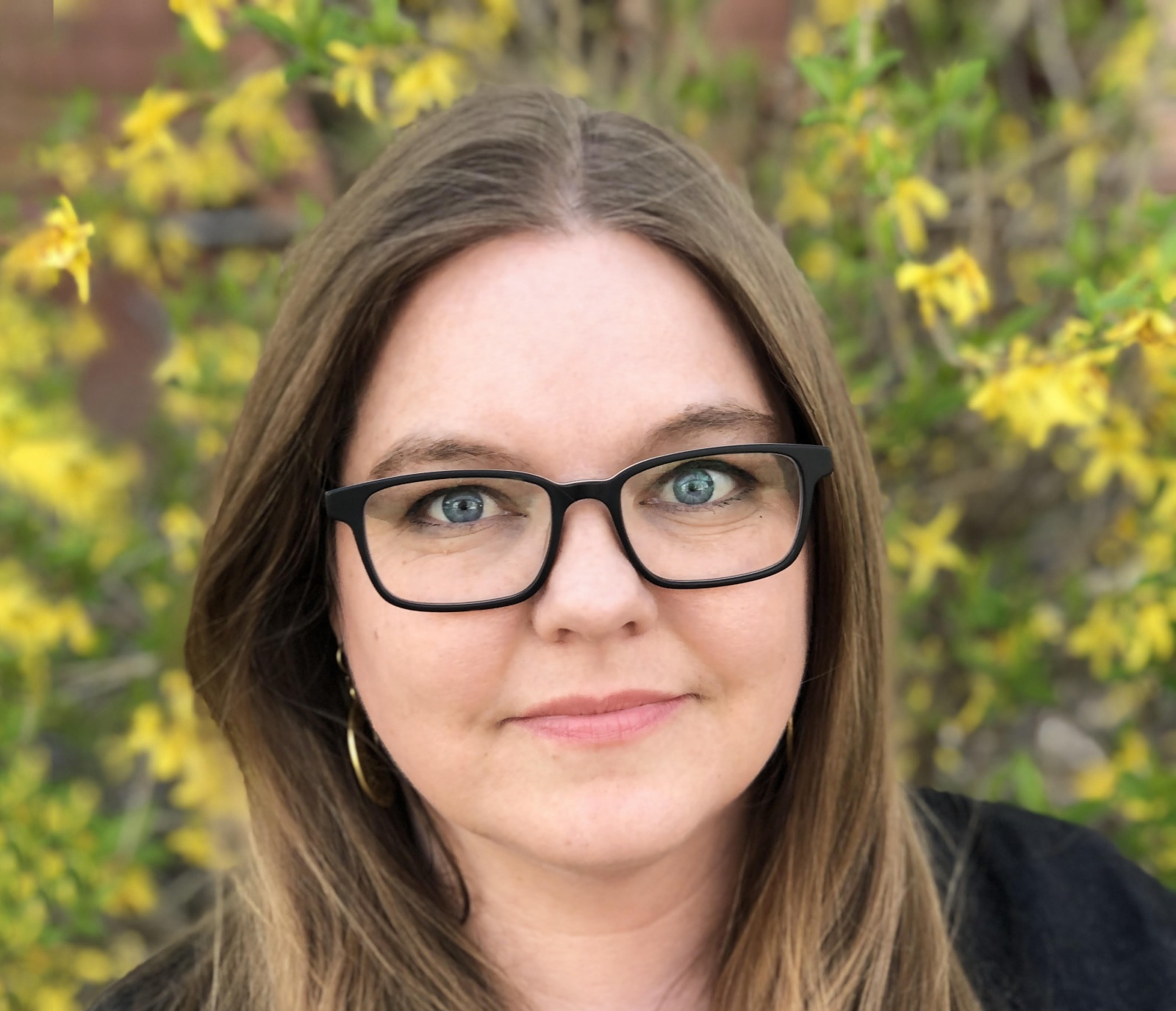 Give them the facts | Commonwealth Magazine

IS: A seemingly innocuous result of this self-censorship is that textbooks often present climate change as a debate. Why is it so dangerous?

KW: Well, debate is actually a good pedagogy for critical thinking, and good teachers often try to build debate into the classroom. But there is harm in asking children to debate something that is not really a topic of debate. Scientific findings are indeed flipped all the time, but when a finding is replicated tens of thousands of times, and there are no other studies showing anything else, that discovery takes on the status of a made.

This is something that we have known for a long time. Evidence of climate change dates back to the beginning of the twentieth century. In fact, fossil fuel companies were among the first to understand it and even hired researchers to study it throughout the forties, fifties and sixties.

In 1965, the scientific community was sufficiently concerned about climate change to write a report to inform President Lyndon B. Johnson about it. They said that fossil fuels “may be enough to produce measurable and possibly marked climate change by the year 2000”, which has turned out to be true.

So there has never been any real scientific debate as to why this is happening or if it is going to happen, although there has been some debate about the effects it will have. There is no evidence to support the theories about solar cycles or gravitational waves. There is a lot of pseudoscience, but no alternative theory supported by real evidence.

The problem is, once you accept these facts, it requires an overhaul of a pillar of our economy. For the past two centuries, this has been fossil fuels. This is obviously of great concern to people making money in this industry. And in the 1980s, the fossil fuel industry became increasingly defensive and paid much less attention to the facts. They laid off their scientists and invested in communication experts instead.

IS: Big Tobacco faced a similar dilemma when a scientific consensus linked smoking to cancer in the mid-twentieth century. Instead of changing their business model, tobacco companies have invested in a campaign of denial. What has the anti-climate science movement learned from Big Tobacco?

KW: A book titled The merchants of doubt by Naomi Oreskes and Erik M. Conway details this in a very useful way. After a lawsuit, Big Tobacco had to hand over all of its internal communications materials. They realized that if you could get the public to doubt science, even a little, which inoculates against change. The status quo was inertia: people didn’t want to quit smoking or thought it would make them sick. If there is not irrefutable proof, if there is all issue that surrounds it, they can justify themselves and regulators can justify not regulating it.

The tobacco companies therefore hired scientists who appeared on television and produced reports that cited “other factors” as the cause of cancer and highlighted long-time smokers who did not get sick. Their campaign of doubt has probably delayed the regulation of tobacco products by decades. In the meantime, the tobacco industry has made a lot of money.

When the fossil fuel industry started to think about communicating with the public, it actually hired the exact same people who worked for Big Tobacco. Most scientists don’t go against the majority of people in their field, but there are some who will. One was Frederick Seats. Another was Fred Singer. Both were known and respected in their fields. But then they started working for corporate interests and not only spoke out against tobacco regulation, but also questioned the science linking asbestos and health, as well as chlorofluorocarbons and the hole in the road. ozone layer.

After climate change grabbed public attention, Seats and Singer began to question science relentlessly. They were on television all the time, posting editorials and criticizing journalists who did not include “both sides” of the problem. The media completely lapped him up. They have provided “both sides” of an issue that has not had two sides for many decades, and surely slowed the action down in doing so.

IS: How has this campaign of doubt affected education?

KW: There are a few threads worth mentioning. One is a leaked memo from a 1988 meeting hosted by the American Petroleum Institute and attended by Exxon along with several other members of the coal, oil and gas industries. Conservative think tanks were also present. At the time, they were worried about the carbon regulations resulting from the Kyoto protocol. They created a communications plan to hire more scientists to cover the media and lobby politicians with the fossil fuel industry’s message on climate change.

In this memo, some tactics are listed specifically for entering classrooms. And he says the point of this is to “start erecting a barrier against further efforts to impose Kyoto-like measures in the future.” So they really put it in place, and they succeeded. They partnered with the National Science Teaching Association to create fossil-free study programs that found their way into classrooms. They funded books, lesson plans, and an advertising campaign, some of which explicitly denied climate change, but most of which were more subtle than that.

And it continues to this day. In 2019, I was in a classroom in Arkansas and a lobbyist working for an Arkansas oil and gas industry organization walked in. She was there to give a presentation to the seventh grade students on the Arkansas oil industry. Some were legitimate: geology, technology. But then there was a whole part telling the kids that every fuel source had problems and climate change wasn’t something they had to worry about.

This campaign has also been so effective with adults that it seeps into education in a much more natural way, as teachers exist at all levels of the political spectrum. Many of them haven’t learned anything about climate change in their own education, so they’re going to present it as a debate if they don’t know better. Children also absorb the opinions of their parents. It’s an adult problem, but it enters the classroom by osmosis, if not through direct campaigning.

IS: But not all classes are like that. You have observed dozens of teachers in classrooms across the country. What are some examples of what winning the battle for accurate climate education looks like?

KW: There are fearless teachers in every community in America doing it and giving kids a real, solid education about the climate crisis. I have seen teachers give children the chart of carbon levels in the atmosphere, then ask them to look at their city and its historical average temperatures to see how the temperatures are changing. Almost always, they are on the rise. Then the children start to ride it themselves. They learn what the greenhouse effect is, and they can draw conclusions about cause and effect and find out for themselves like scientists did.

This is really powerful because providing children with direct data helps to sow some protection against anti-climate science messages. If we say, “I’m just going to give you the proof, you decide, you have to think for yourself about this problem”, maybe the child will not come out that day believing it, but enough of that the information adds up to help them find the truth.

IS: Once they have the truth, the question remains whether the goal of our climate education should be action. How do you address those concerned with turning classrooms into “political space”?

KW: Many people reject the idea that classrooms are neutral to begin with. And then there are also people who say they teach climate science is neutral, since it is simply a matter of examining the evidence. It is by imposing the framework of the “debate” that the policy intervenes. Of course, there are things you can debate: should we do anything about it? How much do we need to reshape our society? What should we do when we start to see these major changes and people are displaced? These are things adults debate, and bringing them into a classroom is reasonable, especially if your goal is to create future citizens who participate in civic discourse and tackle societal issues.

If this is a goal that you have for good public education, then climate change should definitely not show up only in science classes, but also in civics and history classes. There are ways to integrate the question into all topics.

Someone put just eight words into what children should know at the end of their climate change education: “This is real, this is us, this is bad, there is hope” . If they leave their education with a basic understanding of these four things, they will be ahead of most of the American population.

This last part on hope is essential. Frank Niepold, the climate education czar for the National Oceanic and Atmospheric Administration, put it this way: “Children know there is a problem. And often when climate change is taught it’s presented as a 99% problem and a 1% solution. But the kids don’t want that. They want a 20% problem and an 80% solution.

Not only is this better received by children, but it inspires them to become adult decision makers. Climate change is a huge challenge, and we need their brains to work on how to fix it. Education doesn’t just alleviate the hopelessness they – and many of us – might otherwise feel right now. It helps them roll up their sleeves and get to work.