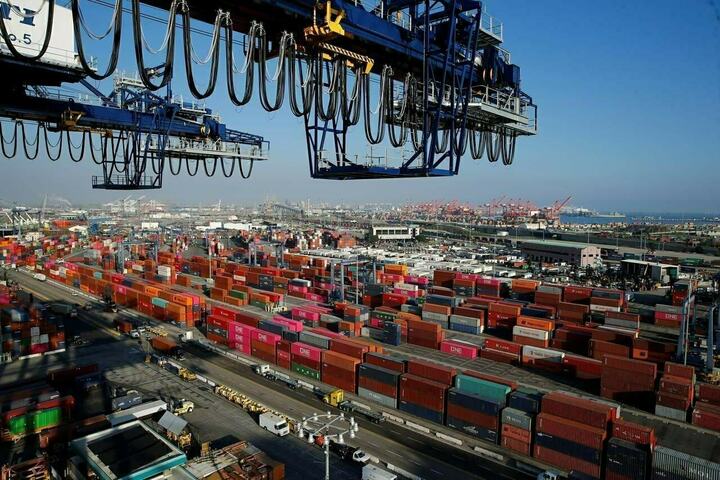 ISLAMABAD: The European Union (EU) Generalized System of Preferences Plus (GSP+) monitoring mission has landed in Islamabad for about ten days (June 20-30, 2022), sources at the Ministry of Commerce have said company registrar.

Pakistan will continue to benefit from GSP plus status until 2022, after which the EU will announce new criteria for benefiting from the scheme.

The Department of Commerce, sources said, will also give a detailed briefing to the Federal Cabinet on Tuesday (today) on unresolved issues related to GSP+ and the prospects for a new GSP scheme from next year.

Trade Minister Syed Naveed Qamar, who recently visited the capitals of a few EU member countries to rally support for a new scheme, will also brief the Cabinet on his efforts and on comments made by EU countries on incomplete agreements.

The EU monitoring mission will discuss developments and progress in the implementation of 27 international conventions regarding GSP+ since 2020 in separate meetings with relevant stakeholders reflecting the four charters, namely human rights human rights, labor rights, the environment and good governance.

Considering the immense importance of the visit of the monitoring mission for the continuation of the unilateral GSP+ concessions used by Pakistan, it was decided during the meeting of the Treaty Implementation Cell (TIC) on June 14 2022 that relevant stakeholders could solidify a strong narrative for presentation to the follow-up mission.

To move forward with the aim of seeking an extension of the GSP plus the Attorney General of Pakistan, the head of ICT held a meeting on Monday attended by all relevant officials including a senior representative from the National Office of responsibility (NAB).

The proposed new scheme aims to improve the main features of the scheme in order to better respond to the evolving needs and challenges of GSP countries, as well as to strengthen the social, labour, environmental and climate dimension of the scheme. It will be in place for ten years. The list of international conventions grows from 27 to 32 that beneficiary countries will have to ratify and implement.

The five new conventions include: (i) two new human rights instruments on the Convention on the Rights of Persons with Disabilities (CRPD) and the Optional Protocol to the Convention on the Rights of the Child on the involvement of Children in Conflict (OP-CRC-AC); (ii) two new instruments on labor rights, including ILO Convention No. 81 on labor inspection and ILO Convention No. 144 on tripartite consultation; (iii) A new instrument on the governance of the United Nations Convention against Transnational Organized Crime; and (iv) a new climate change instrument on the Paris Agreement on Climate Change (2015), replacing the Kyoto Protocol (1997).

According to the Ministry of Commerce, in reference to (iii) the strengthening and streamlining of the monitoring and compliance mechanism includes increased transparency and involvement of civil society, a rapid response mechanism for the procedure for the urgent withdrawal of preferences for systemic violations and expansion of the monitoring cycle from 2 to 3 years. The scheme also includes transitional arrangements for current GSP Plus recipients, who will need to meet the new requirements.

The GSP+ incentive provides many export-oriented Pakistani products, including garments, bed linen, terry towels, hosiery, leather, sporting and surgical goods, etc., with duty-free access rights on the EU market. Thanks to this agreement, Pakistan’s exports to the EU increased from $6.094 billion in 2013-14 to $7.965 billion in 2018-19. However, due to the Covid-19 crisis, the bilateral trade register has declined over the past two years. In FY 2020-21, bilateral trade stood at $10.883 billion, with Pakistan’s exports to EU amounting to $6.9186 billion, imports from EU being estimated at 3.9644 billion dollars and the trade balance at 2.9542 billion dollars in favor of Pakistan.

The EU and Pakistan have established a trade sub-group to promote the development of bilateral trade. The trade sub-group set up under the auspices of the EU-Pakistan Joint Committee is the forum for discussing trade policy and developments more broadly and also aims to address individual market access issues that hamper trade between the two parts.