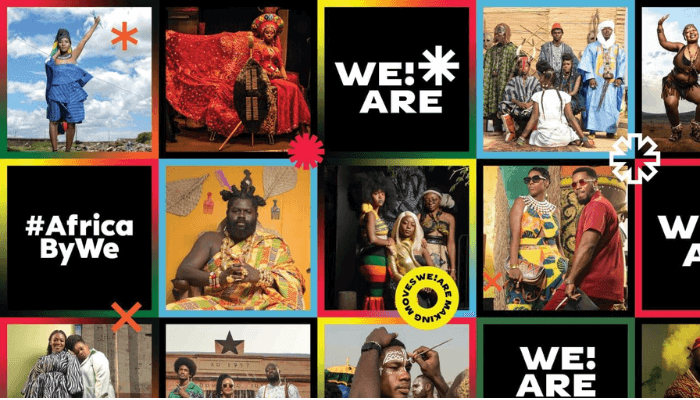 How Africa can leverage art and creativity to promote climate justice –

Following the negative impacts of global warming occasioned by climate change, as evidenced by wildfires in Europe, California and excessive heat in Africa, Creative (Crvte) Development has taken the initiative to push for climate justice by leveraging the art and creative sector with the launch of the “We! Are” campaign.

Launched to explore the unique experiences and demands of Africa’s creative youth as they tell the story of climate justice across the globe, the We!Are campaign aimed to address climate change, increasing global warming causing unbearable heat; an environmental issue that is rapidly becoming a human rights issue.

“Climate justice seeks to redress this inequality by sharing the problem of climate change, and the responsibility for addressing it, equitably with all countries in the world. It takes climate change from just an environmental issue to a human rights issue as well,” said Okito Wedi, CEO and Founder of Crvte. Development, said during the Creative Development webinar held on Thursday July 29 to launch the ‘We!Are’ campaign.

According to her, the initiative uses art, technology and politics in development campaigns and advocacy to mitigate the effects of climate change and adapt to the current realities of the climate change situation, especially among Africans. .

Africa is warming faster than the rest of the world, according to the State of Africa Climate Report. However, Wedi believes that discussing global averages is not enough; therefore, Africans need to discuss loss and damage. “Africa must achieve net zero, but not at the expense of its development,” she said.

According to her, the ultimate goal of the We!Are movement is to socialize climate justice in Africa, using creativity as a means of understanding the demands of young people for mitigation and adaptation in their communities.

Jessica Hagan, one of the co-hosts of the creative development webinar, while talking about the importance of hubs to the initiative, said that hubs are central to the art industry and creation. “We see hubs as the future of the creative industry in Africa. We are interested in hubs across Africa that create opportunities for Africans”.

The hubs selected for the We!Are campaign in Nigeria are “The Assembly and Footprints of David Arts (Seaside Cottage Theatre)”. The creative installation/pop-up showcase offered by the Seaside Cottage Theater includes a live and digital photo exhibition in public spaces of the Lagos Lagoon via the Bariga community with pop-up art performances in several public spaces with public commitments on climate change. It will also promote reusable art installations, i.e. the making of Christmas trees with waste pet bottles on the main roads of Bariga.