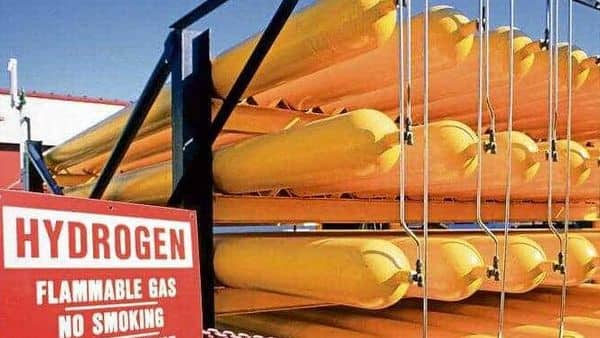 New Delhi: Given the country’s hydrogen potential, the government is looking to harness it for transportation by blending the fuel with natural gas, a senior official at India’s oil and gas ministry said.

This was articulated by Amar Nath, additional secretary in the ministry, at a conference organized by the industry lobby group Federation of Indian Chambers of Commerce and Industry (Ficci).

This comes against the backdrop of India’s efforts to leverage its pipeline network and compressed natural gas (CNG) infrastructure to reduce the costs of transporting hydrogen. In addition, it is planned to run buses through cities fueled by hydrogen mixed with CNG.

“Highlighting the potential of hydrogen in the oil and gas industry, Mr. Nath said it is an element that can easily gel with natural gas in terms of transportation, use,” Ficci said in a communicated.

India is also considering a proposal to force fertilizer factories and oil refineries to purchase green hydrogen as part of plans to reduce the country’s dependence on fossil fuels.

“A marriage between natural gas and hydrogen needs to happen and we need to work more proactively to expand it further. This is another opportunity for upstream companies to combine with its development, “Amarnath said according to the statement.

Gas represents around 6.2% of India’s primary energy mix, far behind the world average of 24%. The government plans to increase this share to 15% by 2030. India’s gas demand is expected to be driven by the fertilizer, power, town gas distribution and steel sectors. .

Nath also added that the government plans to make its policies attractive to upstream investors.

“We will make our policies as favorable as possible for investors. Upstream businesses have the opportunity to transform and contribute to the nation’s growth as well as climate sustainability, “he added according to the statement.

It comes at a time when India’s domestic oil and gas production is running out of steam. The domestic production of crude and oil and gas decreased by 5.22% and 8.06% respectively from April 2020 to March 2021, compared to the corresponding period of the previous fiscal year.

* Thank you for subscribing to our newsletter.