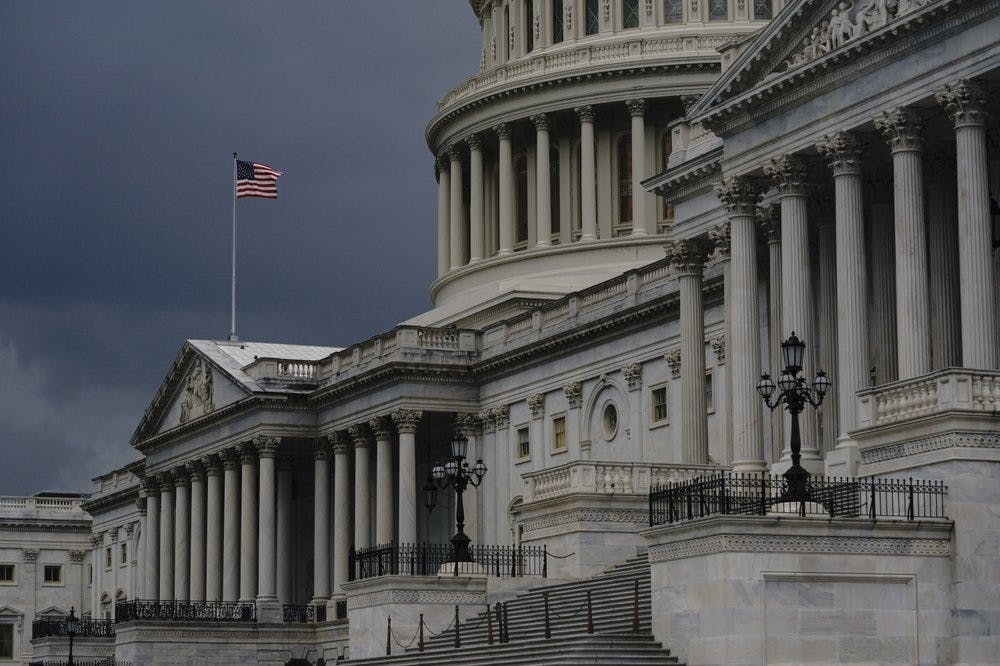 JOSLIN: A landmark climate bill, a step in the right direction

Grayson Joslin is a sophomore in journalism and political science and writes “Soapbox” for The Daily News. His opinions do not necessarily reflect those of the newspaper.

Climate change is, in the words of a former vice president, “an inconvenient truth.”

Al Gore’s 2006 documentary opened the public’s eyes to climate change and was the catalyst for today’s environmental movement. It showed what humans were doing to our planet’s environment, and if we didn’t correct our self-destructive behaviors, humanity’s only home would become less and less fit for life.

The documentary, alongside sun reports about the future of our planet, and Greta Thunburg’s vocal criticism of world leaders not doing enough to address the climate crisis, has galvanized many concerned citizens around the world to keep planet Earth healthy. While Rachel Carson’s “Silent Spring” may have given birth to the environmental movement, Al Gore’s call to save our planet has injected energy into a dying movement for our dying planet.

I was inspired by former Vice President Gore’s famous slideshow, and have hoped for the past few years that the United States would take the necessary steps to help mitigate the damage of our current climate emergency.

This week has shown that America is taking those steps. Sunday, the Inflation Reduction Act of 2022 passed the Senate with a decisive vote by Vice President Kamala Harris, and is now expected to pass the House of Representatives. The move represents the biggest climate bill to pass Congress in decades. The legislation includes the largest clean energy investment in our country’s history, with more than $300 billion allocated to green energy.

$60 billion of the bill was also allocated to building renewable energy structures. The bill also provides tax credit incentives for individuals who own an electric vehicle.

The passage of this law continues a major shift away from the Trump administration, which withdrew from the Paris Agreement and replaced the Obama-era clean energy plan with a new plan focused on drilling across the country, including in national parks. While this new legislation is a step in the right direction, the United States still has a long way to go to help preserve life on our planet.

The bill that passed the Senate was significantly reduced from its previous versions. When Democrats first introduced climate legislation last year during President Biden’s first year in office, it was supposed to be a $555 billion package. In order to address the concerns of moderate Sen. Joe Manchin (D-WV), nearly a third of the funding was cut.

In July, President Biden said, “It’s a compromise. But that’s often how we progress,” in reference to the bill. With this, it means that there is always a provision in the legislation that allows leasing for drilling on public land. Compromises may be acceptable on other issues, but compromises are not appropriate when it comes to the future of our planet, which is experiencing more catastrophic weather events, most likely caused by climate change with each passing year.

The good news is that more bipartisan progress is on the way. The Recovering America’s Wildlife Act of 2022 has already passed the House and was presented to the Senate with 25 Democratic sponsors and 16 Republican sponsors. If it passes the Senate and lands on President Biden’s desk, it will provide $1.3 billion to protect vulnerable wildlife species that are endangered or may soon be considered endangered.

This could hopefully be a good sign of things to come when it comes to saving our planet. In a country where partisan division seems to be growing by the day, seeing the two sides come together to pass important legislation seems like a relic of past generations. However, with the need for humanity to take whatever action is necessary to prevent further environmental catastrophe, let’s hope Washington’s elite can put aside their bickering to fight an issue bigger than any other.

The fight against climate change is not a partisan issue, nor a moral issue. It is a matter of humanity and unfortunately the people of our country do not seem to understand the seismic impact this will have if we do not do our part. A study by Pew Research in September 2021 found that only 60% of Americans feared climate change would have an impact them in their own lives. This is down from the 72% of the international community.

Americans are more divided than other nations when it comes to climate change, and we drag our feet when it comes to contributing to our role in the fight for our planet. The Kyoto Protocol was an important agreement that saw many world powers agree to reduce greenhouse gas emissions between 2008 and 2020. The United States, although it participated in the talks, passed a unanimous resolution rejecting the signing of the treaty. This meant that the United States had a lot of catching up to do as other major powers began to enshrine more aggressive environmental policies into law.

The fact that key politicians in Washington have finally come together to provide a new foundation for the fight against climate change is great, but it should have happened sooner. We’ve been too complacent and politicians too worried about their public support to do something that will benefit us and the planet.

The only way to bring meaningful change to our fight is for us, the American public, to do our part. Most of us still use gas-guzzling vehicles and disposable water bottles, but that needs to change. We must be willing to sacrifice the easy parts of our lives to make way for a better future for our planet and our descendants.

Alongside “An Inconvenient Truth”, a song specially made for the film was released. “I Need to Wake Up” by Melissa Etheridge. The song encourages people to stop being careless and make changes to fight climate change. This is a message that everyone across this country needs to hear; from farmers to Fortune 500 leaders and politicians. What Congress is doing is a start, but we all need to wake up to prevent our planet from descending into catastrophe.

Return on invested capital of Cable One