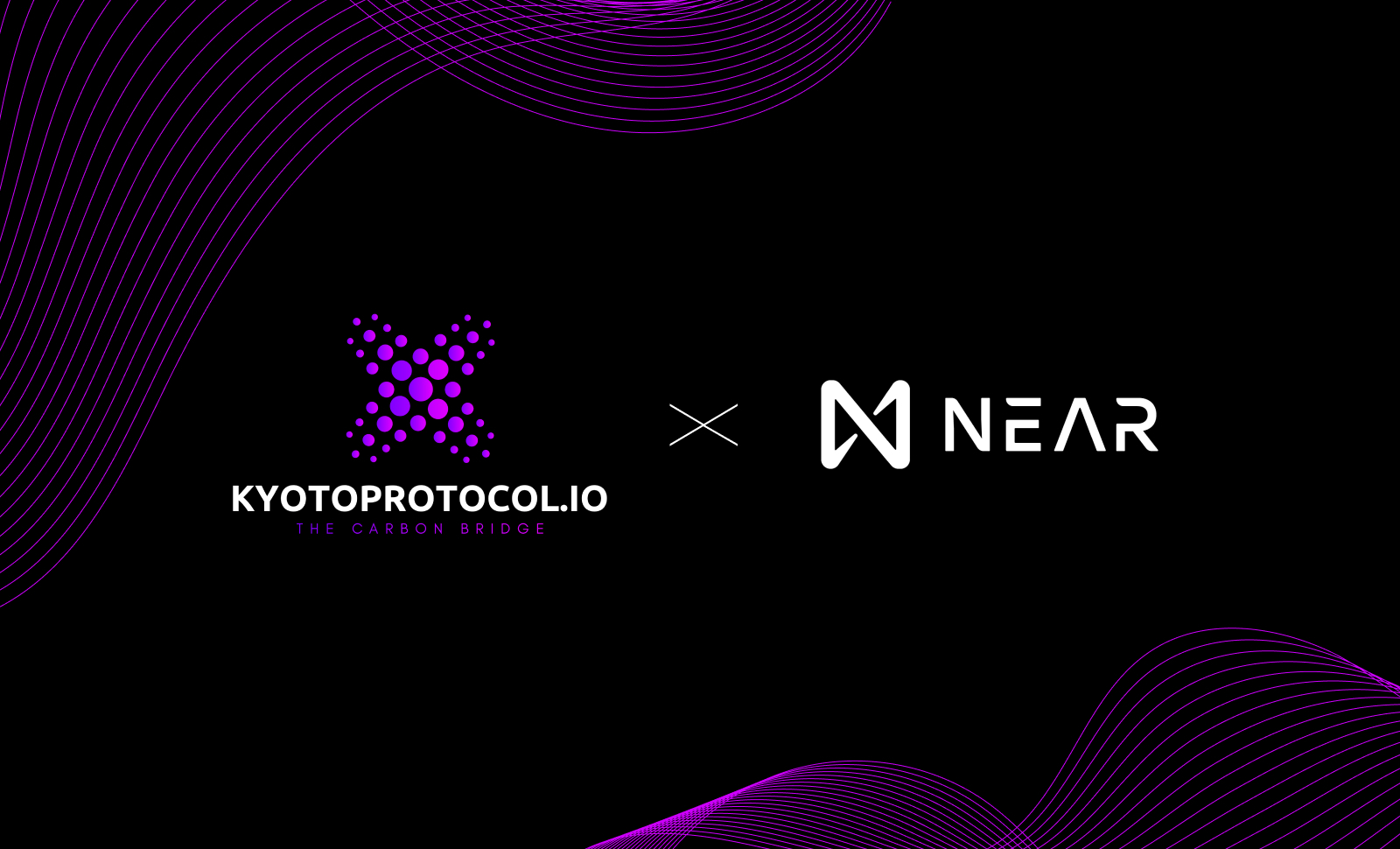 KyotoProtocol.io has partnered with the NEAR protocol to deploy its first carbon credits marketplace

Blockchain-based synthetic carbon credits are coming soon thanks to KyotoProtocol.io, a project now joined by the NEAR Protocol to continue on-chain technology advancements

As part of the partnership, KyotoProtocol.io has received a significant grant from the NEAR protocol that will enable the project to establish itself as an advanced decentralized carbon credit DEX that aims to become the go-to carbon offset mechanism for businesses around the world, including including NEAR ecosystem players.

The NEAR Protocol will provide ongoing support to KyotoProtocol.io in the deployment of its decentralized carbon credit market. NEAR promotes data-driven business decisions that drive the carbon credit industry forward. Therefore, such levels of project support are aspects expected by most of the community, including cryptosphere enthusiasts and businesses alike.

KyotoProtocol.io Founder and CEO and active advocate for environmentally focused technologies, Ashton Hunt, was delighted to be joined by such an established and pioneering network as NEAR, and commented enthusiastically on the partnership:

“At KyotoProtocol.io, our mission is clear: to generate carbon offsetting by rewarding people for their involvement in the platform, by reinventing the carbon credit industry as a whole. Having a partner like NEAR Protocol will allow us to fight against the climate change with blockchain on a massive scale, and it all starts with the launch of KyotoProtocol.io’s first carbon credit marketplace.A society that works is driven by incentives, and one that collaborates on carbon neutrality must have the right incentives, which is why we believe KyotoProtocol.io rewards will change the entire landscape of the climate movement.

NEAR Protocol has raised over $350 million to invest large grants in companies operating on its own native chain and being a strong data-driven carbon industry advocate, NEAR is learning about inventive projects like KyotoProtocol .io that take carbon emissions seriously.

As a NEAR Protocol partner with KyotoProtocol.io, there will be immediate utility for the development of a whole new on-chain carbon credit market.

Commercial development through NEAR Protocol investments will create carbon emissions not only through on-chain energy, but where blockchains meet real-world usage. KyotoProtocol.io offers an alternative to companies on blockchains to offset their emissions. Businesses that go beyond blockchains can also earn certified carbon offset credits passively, through several custom applications in KyotoProtocol.io’s DeFi suite.

Today, companies still struggle to become carbon neutral or reverse their damage in the first place, but with KyotoProtocol.io, companies – web2 or web3 agnostic – will now be able to earn, offset and trade carbon credits to restructure climate – large-scale targeted operations.

The KyotoProtocol.io reward ecosystem, now featuring a decentralized carbon credit market with the help of the NEAR protocol, is likely to become the compensation mechanism of choice for all businesses that rely on NEAR. Therefore, the project not only promotes and enables individual contribution to carbon neutrality through passive self-staking income, but enables companies to offset their emissions by also generating EU ETS certified carbon credits.

Blockchains in partnership with KyotoProtocol.io benefit from a perfectly integrated carbon offset market. Not only adding utility to its partner networks, KyotoProtocol.io acts as a web3.0 liquidity bridge for decentralized finance. Accelerate the carbon reduction of its partner blockchains through multiple tailor-made applications.

Cudo calculation is a technology that provides a more economically and environmentally sustainable way to build solutions for the metaverse and dApps, and the KyotoProtocol.io partnership enables CUDOS to generate even more carbon offsets through its first cross-border carbon credit protocol. -chains.

KyotoProtocol.io is hosting its fair launch on June 15. Users can acquire Kyoto tokens and get rewarded 916.474% fixed APYknowing that KyotoProtocol.io already has immediate use in the real world.

Learn more about the launch of the KyotoProtocol.io show by joining their Telegram.

NEAR is an open-source platform that accelerates decentralized application development by overcoming high fees and slow speeds with its fast, scalable, low-cost, and climate-neutral blockchain protocol. That’s why NEAR was recently awarded the South Pole climate-neutral product label. A transaction on NEAR consumes about 1300 times less carbon than a similar transaction on other chains. NEAR.org – Infrastructure for Innovation. To learn more about the NEAR Protocol, please visit – https://near.org/

There has been no shortage of growth recently for TechTarget’s (NASDAQ:TTGT) capital returns