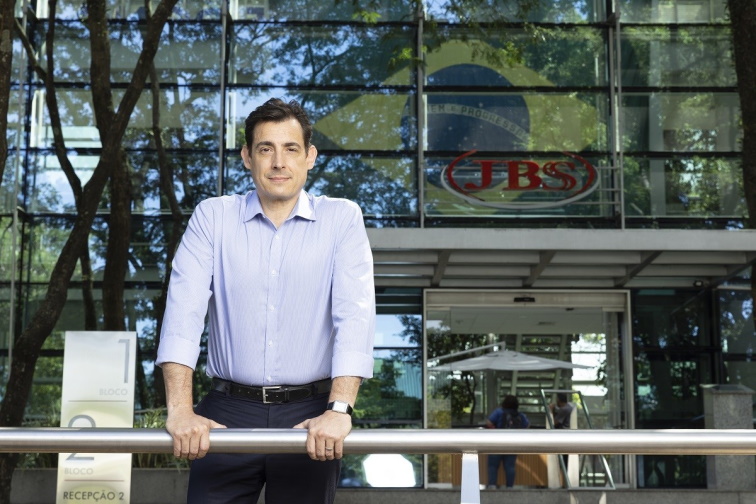 JBS, the world’s second largest food company, aims to achieve net zero emissions by 2040 and zero deforestation in its global supply chain by 2035.

The World Benchmarking Alliance ranks JBS 146th in its Food and Agriculture Benchmark ranking. In terms of environmental protection, the Brazilian beef major scores just 8.9 out of 30. “While the company hands responsibility for its sustainability strategy to its highest governance body, it lags behind in terms of setting targets for its key topics and reporting progress against them- this”,said WBA. “In the field of environmental measurement, JBS shows that it recognizes key topics such as the protection of natural terrestrial ecosystems, animal welfare and greenhouse gas emissions, but often fails to report on its overall activities on a group-wide basis, focusing instead on the subsidiaries.”​

Environmental organizations like Greenpeace have been more scathing in their criticism of the company’s environmental performance. A recent report, for example, accused the world’s largest meat producer of indirectly sourcing livestock from unscrupulous Brazilian farmers who illegally started fires in order to clear large tracts of land. In 2020, fires, most of which were deliberately and illegally started by ranchers in defiance of regional and federal bans, destroyed around 30% of the Pantanal rainforest in Brazil, according to the NGO. Investor network FAIRR echoes concerns about JBS’s current inability to monitor third-party suppliers, alongside others in the protein space. “Meat giants with a zero deforestation commitment, such as McDonalds suppliers JBS and Marfrig, fail to monitor third-party suppliers who are responsible for up to 90% of deforestation from livestock sourcing,”according to FAIRR calculations.

As Brazil’s largest livestock producer, JBS’s indirect supply chain is beset by the problem of illegal deforestation. Cattle ranching is responsible for 80% of deforestation in the Amazon, according to figures from the World Wildlife Fund. “Deforestation caused by cattle ranching alone is responsible for releasing 340 million tonnes of carbon into the atmosphere each year, equivalent to 3.4% of current global emissions,”The WWF warned.

Increasingly, it is becoming clear that these links to deforestation can have significant financial consequences. Late last year, for example, supermarket chains in the UK, France, Belgium and the Netherlands pulled JBS beef from shelves after an investigation by Repórter Brasil in partnership with campaigner Mighty Earth has been tracking deforestation-linked beef in European retail stores.

The research claimed to find multiple examples of “cattle laundering,” where beef was processed by JBS at its slaughterhouses in low-deforestation areas such as São Paulo, but came from cattle raised and fed on farms officially sanctioned for illegal deforestation. in the Amazon rainforest. , or linked to the destruction of the wooded savannah of the Cerrado and the tropical wetlands of the Pantanal.

Discoveries have seen people like ​Ahold Delhaize, Sainsbury’s, Lidl and Carrefour are taking steps to limit their exposure to Brazilian beef.

Prior to WWF, Bauer worked for NGOs such as the US-based National Wildlife Federation (NWF), where he was directly responsible for developing and implementing the organization’s beef protein strategies. , leather, palm oil and soy. With over 20 years of nonprofit expertise, Bauer specializes in strategies and solutions for the sustainable production of agricultural products, overseeing process improvement, innovation and technology. However, his experience is not limited to the world of NGOs. The sustainability expert is no stranger to the experience of private sector agricultural products in the United States, Australia and Brazil. Indeed, he was part of the JBS Australia team and worked for more than ten years in other companies in the food industry.

“Sustainability has been at the center of my career – whether I work for NGOs or with the private sector and corporations in Brazil, Australia and the United States”,Bauer told FoodNavigator.

Why the return to the private sector? “It’s about identifying the market players best positioned to drive deep transformations for optimal outcomes in environmental conservation,” Bauer explained. “JBS is one of those companies. No other company has the leverage and capability to drive industry-wide transformation like JBS – in my native Brazil and globally, in the food industry worldwide.​

Bauer was positive about JBS’s public climate commitments. “The company has made a clear public commitment to be carbon neutral by 2040 – NetZero 2040 – and I’m excited to be part of that journey,”he pointed out.

The group is implementing a series of initiatives that it hopes will advance deforestation trends in Brazil. These include efforts such as its recently announced plan to protect 2.5 million hectares of the Brazilian Pantanal through a wildfire task force focused on early fire detection, big data analysis and quick response. JBS is investing 26 million reais ($5.33 million) in the initiative and says the project is expected to generate a CO2 reduction of 15 million tons.

For Bauer, the sustainability expert believes the transition from the private sector to civil society is an example of the fluidity and collaboration needed to have a meaningful impact as the sector strives to feed a growing global population. while limiting global warming to 1.5 º.

“NGOs and industry are often pitted against each other, but it cannot be a zero-sum game when it comes to our ability to feed people and the future of the planet herself. We run out of time and we all lose if we don’t succeed. Having worked on both sides of this issue, I will use this knowledge to collaborate with partners – from civil society, academia and industry – to continue to advance the sustainability agenda and strengthen collaboration. to achieve our common goals.​

Another appeals court sides with insurer in COVID BI case

How NWORX Leverages SaaS to Disrupt the HR Space