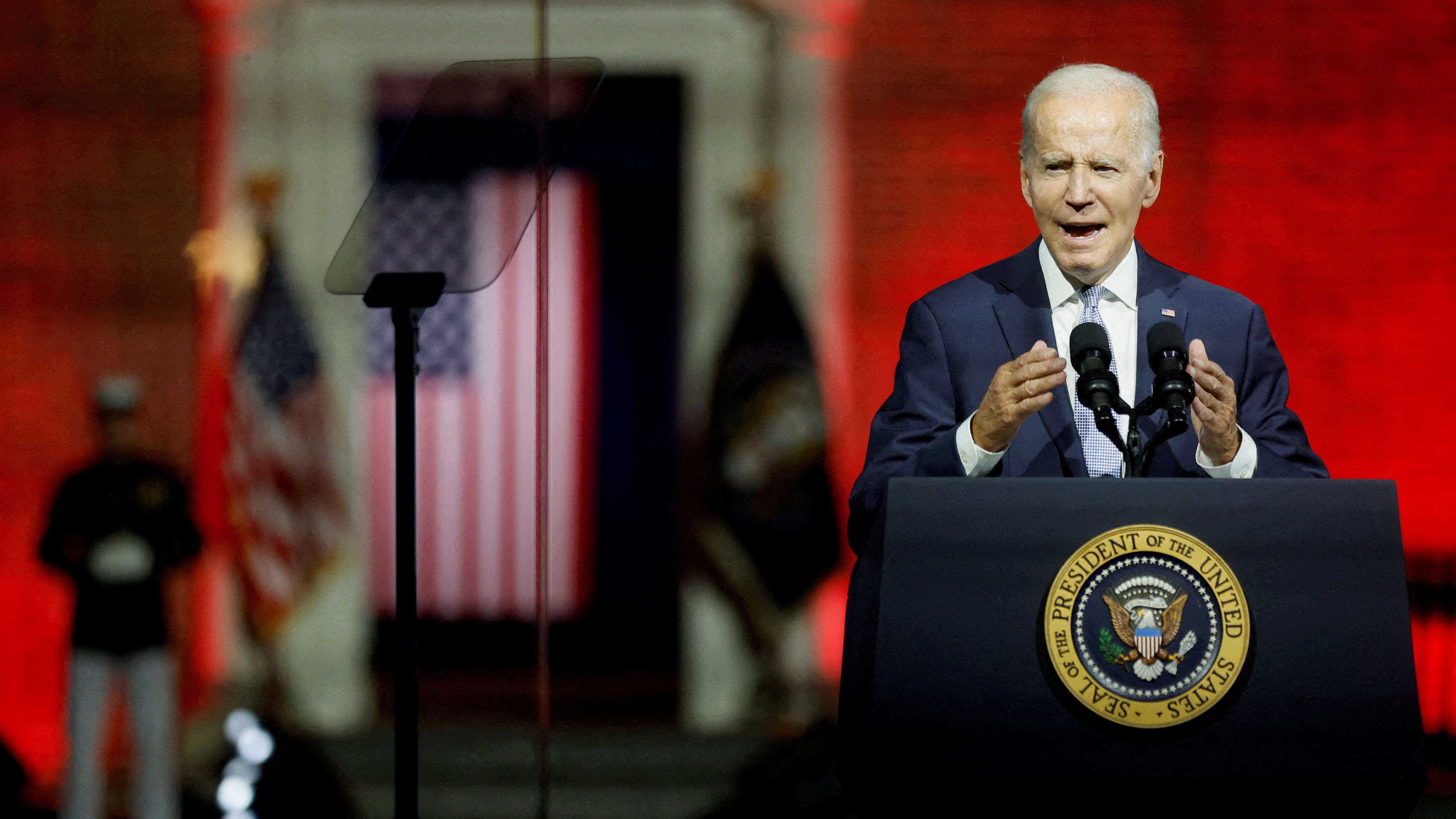 New York Times columnist Ross Douthat argued on Saturday that the Biden administration does not believe there is a real threat to democracy and that the president is using the “threat” as “leverage” with swing voters.

“You may believe that American democracy is threatened only at any time since the Civil War, dear reader, but they or they not. They are carrying out a political operation in which the threat to democracy is a lever, used to keep voters in line without having to make difficult concessions to the center or the right,” Douthat wrote.

Douthat said President Biden’s speech on Thursday could have been delivered by any Democrat in the Trump era and noted that it came just when Democrats had planned to throw millions into the Trump primary. New Hampshire Senate for the purpose of boosting a candidate they deem ineligible. .

“The president could have acknowledged, for example, that his own party played a role in undermining faith in the US election, that Republicans challenging the 2020 outcome were making more dangerous use of the tactics deployed by Democrats in 2004 and 2016,” Douthat said. wrote.

The New York Times columnist also argued that Biden could have condemned the 2020 riots or the recent wave of vandalism at crisis-ridden pregnancy centers in addition to condemning the “MAGA threats.”

He wrote that the president could also have “played the statesman” when it came to the Dobbs decision and the abortion. He said Biden could have “invoked his own Catholic faith and moderate past, praised the sincerity of abortion opponents, and called for a national compromise on abortion — a culture war truce” if it were “for the greater good of saving democracy itself”.

During Biden’s speech on Thursday, the president said “MAGA Republicans” pose threats to democracy and that democracy is “under attack.”

Former President Trump stressed the importance of restoring law and order to America in his first speech in Washington DC since leaving office.
(Getty Pictures)

“If January 6 and its aftermath made it easier to imagine a Trumpian GOP precipitating a constitutional crisis, they didn’t make it more imaginable that he might consolidate power thereafter,” he said. “Which, in turn, allows the Democratic Party to continue to use the rhetoric of the crisis of democracy instrumentally, and even to tacitly boost Trump within the GOP, instead of taking steps toward conciliation and the cultural truce that a real crisis would demand.”

Douthat wrote that “in their hearts,” Biden and other Democratic leaders believe he is “right.”

Fox News’ Peter Doocy asked the president on Friday if he considers all Trump supporters a threat to democracy.

“You keep trying to make that point. I don’t see any Trump supporters as a threat to the country,” Biden said. “I think anyone who calls for the use of violence, refuses to recognize an election…changing the way you count votes is a threat to democracy.”

Hanna Panreck is an associate editor at Fox News.

Regulation of the tax profession – is this the way forward?

I want 18% returns – is this achievable?