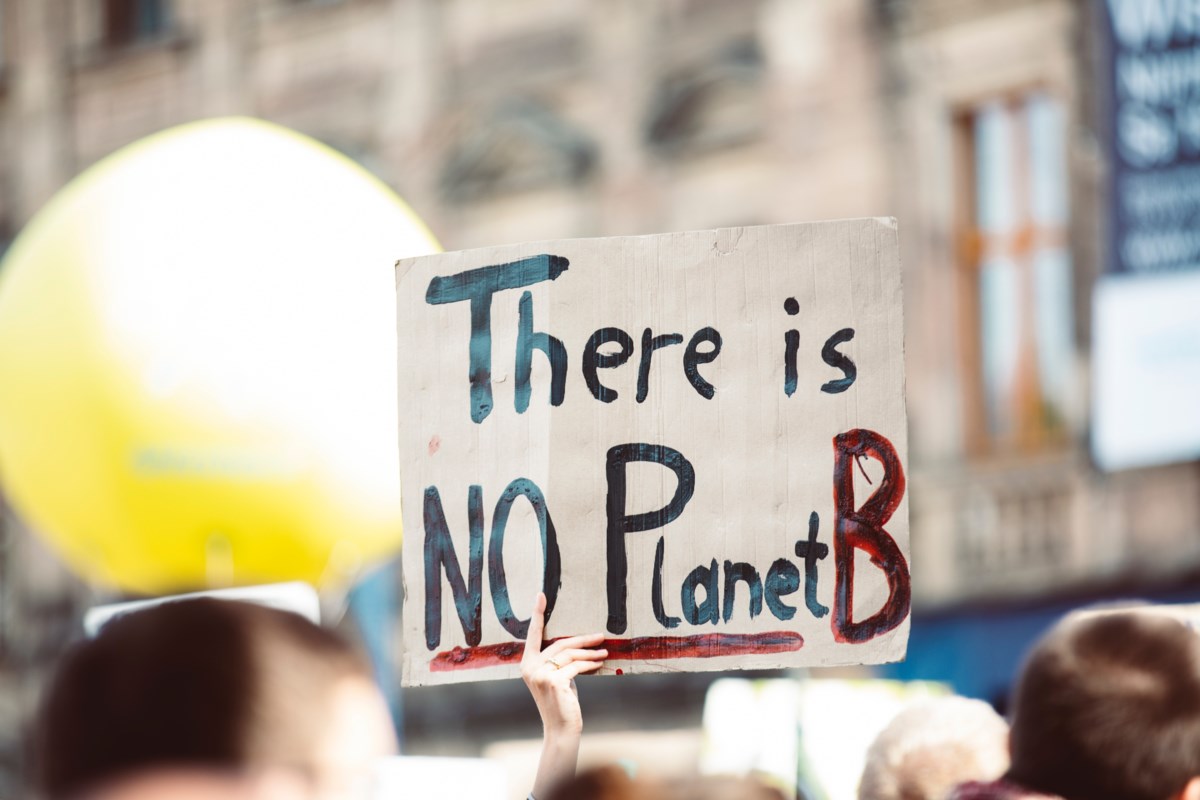 Sudbury resident André Clement has spent the past few years writing a book on climate change. This is the first part of a four-part series he wrote to explore climate change and what humanity can do about it.

In the blizzard of messages sweeping through mainstream and social media, a constant drumbeat is getting louder and faster. It’s about climate change.

Everyone knows about fires and floods and dire predictions for the future. In fact, “news” has become white noise to many as we try to distance ourselves from the human suffering that happens daily in today’s world.

Another fact, barely understood or accepted, is that the immediacy of the impending crisis threatens not only the grandchildren, but also our children and ourselves. The extinction of all living things is virtually guaranteed unless our species starts acting now. And, to fully grasp this, one must understand the full range of factors that are now at play.

Climate change is not just about science and technology. He is more than that.

Over the past 50+ years, scientists have reported alarming changes in Earth’s climates with mixed reviews. It took time for a critical mass of the scientific community to accept the phenomenon of climate change and it took longer for the political community to pay attention to it.

Eventually, the Intergovernmental Panel on Climate Change (IPCC) came into being and the UN helped produce the United Nations Framework Convention on Climate Change, the Kyoto Protocol, the Paris and currently, the agreements on the key outcomes of COP 26 from the Glasgow conference in November 2021. .

Throughout these developments, government actions have failed to halt the rise of greenhouse gases and the UN Secretary General is now proclaiming that the Earth is heading for climate catastrophe.

There are over 16 credible national and international agencies that have been mapping climate change for decades. They have produced substantial scientific data, but it seems that the scientific data is not enough to convince everyone.

These gases trap hot air heated by the sun and generated by living things in nature. Nature has always produced Co2 and methane and stored them through natural processes. This cycle of production and storage was carefully balanced until we humans arrived.

We added these other gases to Co2 and increased these gases beyond the Earth’s storage capacity as our global populations grew to 7.8 billion. The natural balance of production and storage no longer exists and nature can no longer help us control the volume of greenhouse gases.

News is normal, but government intervention is not.

Hurricane Sandy slammed into New York City in 2012 flooding subways, destroying homes, vehicles, power grids, all causing approximately $19 billion in damage. Six and a half years later, the city announced that the Lower Manhattan Coastal Resilience Plan was to be completed in 2021. So far, New York City has yet to advance the $900 million needed to strengthen the coastal areas of Lower Manhattan, with construction expected to begin in 2022.

After the devastation of 2012, when recurrences still threatened around 18.8 million people, the work remains to be completed 10 years later.

Unfortunately, this example of a late response to a critical climate threat is repeated elsewhere. Government responses to climate change are either ineffective or too slow. And how long is there in the world outside of New York?

Enter the tipping point. This measure is based on a correlation of reports from climatologists to predict when the effects of climate change will begin to be felt. The “climate change tipping point” is when irreversible damage will have been inflicted on the Earth’s ecological systems.

Once past the tipping point, global warming will continue to rise beyond control. The eventual destruction of Earth’s ecological systems will then eliminate Earth’s supply of breathable air and potable water, and critically reduce habitable land.

These ecological systems include ice caps, ocean temperatures, levels and currents, forests that generate oxygen while storing CO2, drinking water systems, etc. These systems will not all break down at once, but some of them will irrevocably create a cascade of ecological disturbances. disasters to progressively worsen the destruction of the living species of the Earth – including our own.

When will the critical tipping point occur? Climatologists are reluctant to set an absolute date. In 2020, the scientific journal Nature predicts that the tipping point could be triggered within the next two decades.

In the same year, New York City erected its own climate clock to predict an approximate tipping point in seven years – a time frame considerably shorter than a few decades.

The August 2021 IPCC report said: “Many changes due to past and future greenhouse gas emissions are irreversible for centuries or even millennia, especially changes in the ocean, ice caps and global sea level.

It basically signaled that we had already reached the beginning of the tipping point.

International climate agreements all set targets for net zero greenhouse gas emissions by certain dates that seem to fluctuate with the political will of conference participants.

What they don’t mention is that net zero emissions don’t immediately eliminate the presence of greenhouse gases. Removing them can take over 100 years to clean our air and during that time much of the global warming will continue as nature continues to produce its own CO2 and we slide more slowly but inexorably towards extinction.

Can the human species disappear? Why not? Although horrifying to contemplate, extinctions are a part of life. Millions of plant and animal species have disappeared since the birth of the Earth, some 4.5 billion years ago. There were five global extinctions during this period that left the Earth almost devoid of all living things. Except for a huge meteorite that killed all the dinosaurs, the other four extinctions were caused by climate change.

André Clement lives in Greater Sudbury. He is the author of “Evolution to Extinction, an introduction to global warming”.