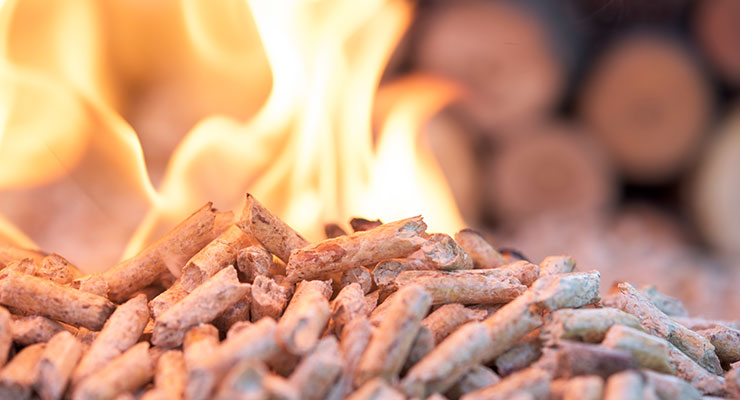 By James Wittrock On Apr 9, 2022
Share
My first two columns of 2022 were about climate change and politics. COP-26 attempted to offer new and progressive solutions to climate change, as described in my first column. My second column celebrated the return to some sort of environmental normality with the change of administration. As I reflected on the two, I began to wonder about “green bleaching” and whether we weren’t just shifting our responsibility from one side to the other.

An example: I wrote about using wood pellets to replace coal several years ago. But, after COP-26, the irony of switching from coal to wood pellets as a raw material source for energy is even greater. Additionally, the conversion has been adopted by Kyoto, Paris and, most recently, Glasgow at COP-26. Let me explain.

Drax is a small village in the north of England. What is not so small is a power plant also called Drax. In fact, Drax is the largest energy producer in England and one of the largest in Europe. The plant was built in 1974 and burned coal. But the British have closed their coal mines and Drax has switched from coal to what they describe as ‘sustainably sourced biomass’. I call their raw material “wood pellets”.

Drax says their conversion from coal to biomass has “enabled a carbon-free, lower-cost future.” As Sarah Miller describes in a wonderfully written New Yorker article, “Drax, in essence, is a gigantic woodstove.” In fact, I drove past the Drax factory in the north of England. That was many years ago when they were still burning coal.

Granted, I’ve never been to the establishment. However, I have seen their “biomass mining” in the United States and I have a strong opinion on their definition of biomass. However, the real issue, besides Drax’s definition of biomass, is the conflict between what Drax is doing and what we as a world should be doing to reduce carbon emissions.

This dates back to 1997 during the United Nations Climate Change Conference. The conference established the Kyoto Protocol, which was supposed to reduce emissions and “prevent dangerous anthropogenic interference with the climate system!” Wind and solar have been classified as renewable energy sources. Wood combustion (biomass) was more difficult to classify. It is renewable, technically, because trees grow back. The United Nations Intergovernmental Panel on Climate Change (IPCC) has debated whether to include wood pellets as a renewable energy. Very simply, the IPCC took the low road and defined wood pellet fuel as renewable.

At the time the guidelines were written, they could not imagine millions of tons of wood pellets being shipped thousands of miles to be burned in another country. And that’s exactly what happened.

Let’s go back to the “wood stove” of Drax and Sarah Miller. In 2019, when burning wood pellets, Drax emitted more than 15 million tons of CO2, equivalent to the greenhouse gas emissions of three million cars in one year. Of these emissions, “Drax reported that 12.8 million tonnes were biologically sequestered carbon” from biomass. By 2020, the numbers have risen to 16.5 million, with 13.2 million from biomass. Meanwhile, Drax calls itself “the biggest decarbonisation project in Europe, delivering a decarbonized economy and healthy forests”. I’m sorry. This statement is driving me crazy.

Pretty soon, the IPCC left a loophole, and Drax jumped into the lock, stock, and barrel. Drax, and to be sure they are not the only utility to take advantage of the UN loophole, owns huge timber properties here in the United States. They have spent millions on infrastructure, including railroads in the forests and deep ports for pellet shipments. Their raw material is technically biomass, but it includes whole trees, not just stumps and branches. These forests have sequestered carbon for years, and it will take decades to replace their contributions to CO2 sequestration.

The United States should be embarrassed by this activity and the UN should rewrite its description of renewable energy sources. It is incongruous to me that we let ourselves fall into this situation. You see, burning wood emits CO2. Transporting pellets from America to England emits CO2. And, unfortunately, the loss of trees means that we have lost our ability to “capture carbon”.

Case II is just as incongruous, at least for me. Illinois state governors, not the ones in jail, but Republican Bruce Rauner and Democrat JB Pritzker signed laws they say made Illinois the most aggressive clean energy advocate from the country. Illinois is shutting down its coal-fired power plants and switching to natural gas instead of wood pellets. Pritzker just signed a law that allows the Lincoln Land Energy Center to emit more carbon dioxide than 800,000 cars each year. Combined with the CO2 emitted by the two plants converted from coal to gas by Rauner, the Lincoln Land Energy Center will negate any climate benefit from the coal plant closures.

In 2019, the now closed coal-fired power plants emitted 7.8 million tonnes of carbon dioxide. The new permits for gas burners will allow 63% more CO2 into the atmosphere, or 12.9 million tonnes per year. Isn’t that somewhat incompatible with the concept of clean energy?

“One of Pritzker’s top aides deferred (understandably) to career state employees when asked why a governor who presents himself as a champion of clean energy would allow a major new source of climate pollution to be built under its supervision.” (This appeared in the 12/29/21 issue of the Chicago Tribune.)

Interestingly, another state has considered switching to gas as a clean alternative to coal. However, in October 2021, the same month Illinois signaled it would approve the Lincoln Land Energy Project, New York denied a permit for a new gas-fired unit at an existing power plant, stating that it “would be inconsistent with or would interfere with a state law requiring carbon-free electricity by 2040.”

Here’s the state of Illinois loophole: In the final version of Illinois’ Clean Energy Jobs Act, new gas-fired power plants can operate without weather-related restrictions until the 2040 deadline for gas-fired electricity. carbon-free electricity in Illinois. Slightly less know is that the law extends a lifeline to two city-owned coal-fired power plants, including the Prairie State plant southeast of St. Louis, which in 2020 was the seventh the country’s largest source of carbon dioxide. You understand! Have you ever heard of pork barrel?

In my opinion, whether it’s the flaw in IPCC definitions or the political persuasion that “black is white” in the state of Illinois, we are no closer to reducing emissions of CO2 than 10 years ago. Charcoal with wood pellets is not the solution. Natural gas coal is not the solution. We need to consider strategies that incorporate more holistic solutions.

This kind of Neanderthal thinking reminds me of the business that says it wants to be green but can’t find the money to invest in capital equipment that will allow it to be green. We can’t have it both ways, and if change is to happen, politics – and politicians for that matter – have to go out the window.

Why Wendt (India)’s (NSE:WENDT) 21% return on capital should grab your attention