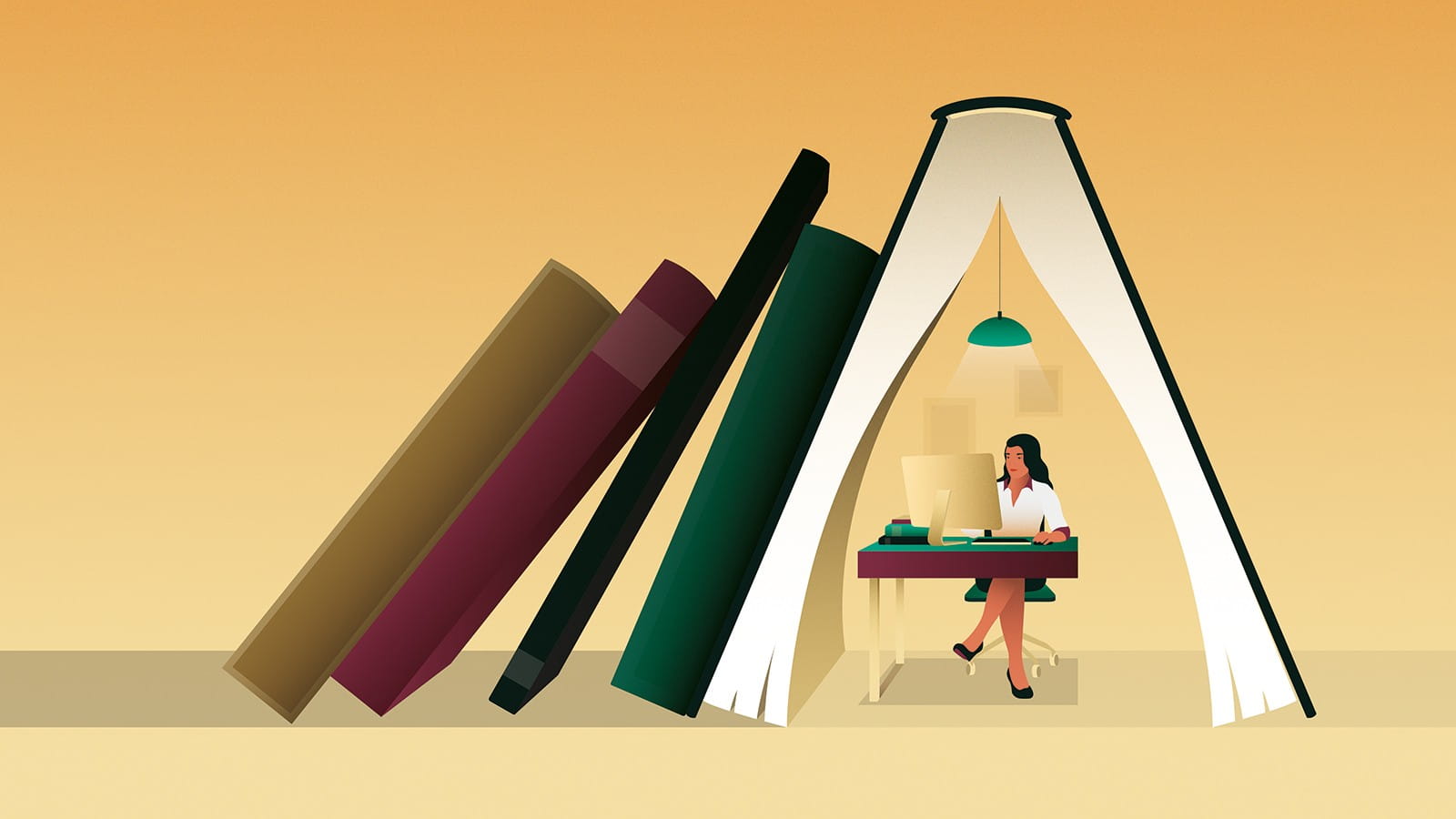 Regulation of the tax profession – is this the way forward?

The UK government is currently examining the case for possible regulation of the tax profession. This approach also reflects similar developments internationally.

There is no formal regulatory framework in the UK governing those who provide tax services. Anyone can set up as a tax agent and adviser. This contrasts with extensive regulatory regimes in other areas such as financial services and insolvency. However, it is not true that the market for tax services is totally unregulated. Many tax service providers will belong to a professional body such as the ICAEW and will be required to comply with our regulatory rules and codes of conduct, including Professional Conduct in Tax Matters (PCRT). In addition, anyone providing accounting and related services will need to be registered for anti-money laundering purposes, either with one of the 22 bodies, such as the ICAEW, listed in the regulations, or with HMRC as the default regulator.

Finally, UK tax law includes a number of provisions which do provide some elements of regulation of the tax profession, for example covering those which enable and encourage tax avoidance. Indeed, the author has reviewed a book for TAXline that was published last year called Law and Regulation of Tax Professionals. Although this is a first edition, it is 572 pages long and highlights that there is already considerable regulatory scope in the UK tax services market.

The UK tax services market is diverse and fragmented. This includes not only tax services provided by accountants and tax advisers, but many other specialist providers, including payroll, pensions, depreciation, tax breaks for research and development (R&D) and, increasingly, software vendors.

HMRC figures suggest there are around 65,000 registered tax agents. Of these, around 70% are advisers affiliated with a professional body such as the ICAEW, although it is difficult to find solid data on the composition of tax service providers and whether they are registered with of a professional body. This is because HMRC does not hold detailed information about tax agents.

Whatever the actual figures, around 30% of tax service providers do not appear to be affiliated with a professional order and are therefore not subject to any direct control. There is no doubt that this is a potential regulatory loophole that allows some unscrupulous providers (rogue agents) to abuse the system.

The journey so far

In his report on borrowing burden issues, published in December 2019, Sir Amyas (now Lord) Morse recommended that the government “put in place a more effective system of oversight of tax advisers, which may include regulation formal”.

In March 2020, the government issued a call for evidence on raising standards in the tax advisory market. The following year he consulted on proposals for all tax service providers to carry mandatory professional liability insurance (PII), which, of course, ICAEW members providing tax advice must have. However, at the end of 2021, the government announced that it would not proceed with this proposal. Instead, it planned to issue a consultation on whether to regulate the tax profession. At the time of writing, it seems unlikely that a consultation will be published before the end of 2022.

We have to remember that, overall, the majority of the UK tax services market works quite well. If we do not define the problem, there is the risk that regulation will be ineffective and disproportionate, only imposing costs and burdens on usually compliant advisers and their clients, such as firms supervised by a professional body, while allowing rogue agents to operate.

To take an example, if you intend to provide tax services in Australia, you must register with the Tax Practitioner Board and meet various requirements including registration, be a fit and proper person and meet various requirements IIP/continuing professional development (CPD). . Discussions with Australian colleagues about this regulatory regime suggest the jury is out on whether it is effective in preventing rogue officers from operating. However, this imposes costs and burdens on the rest of the tax advice market.

There are various possible regulatory models and experiences that we can learn from across the auditing, financial services, anti-money laundering, insolvency and legal services industries. Indeed, there are other possible models and approaches including, for example, the regulation of architects, health professionals, and in the field of immigration. But, as mentioned earlier, the market for tax services is diverse and there is no obvious regulatory model that could be adapted or extended to cover tax regulation.

Whatever regulatory approach the government decides on, a key issue will need to be resolved: how exactly to establish oversight of the unaffiliated sector? As noted above, non-affiliates appear to make up around 30% of the market, which could total around 20,000 advisors. A few years ago, HMRC shared high-level data in discussions suggesting the 30% unaffiliated sector was behind around 70% of its problem cases. While we must treat this data with great caution (recognizing that many of the non-affiliates will do a reasonable job), intuitively this sector must have a much higher risk profile than affiliates. That said, it must make sense to target any regulatory response to the unaffiliated sector. Improving standards in this sector is likely to take time and potentially be costly: who would undertake this work and who would pay for it?

There is a danger that over-regulation could undermine compliance by making it too costly to seek help. The approach taken should be proportionate to the problem and cost effective in terms of improving compliance and reducing the tax gap.

The release of a recent consultation on refund agents and changes to R&D tax relief rules suggest that HMRC is starting to focus more clearly on addressing issues in high-risk areas. There seems to be a growing awareness within HMRC that professional bodies and member companies have a common interest in driving bad behavior out of the tax system. This is a welcome development.

In the EU, a consultation has been launched on a new draft directive against “enablers” who facilitate tax avoidance and “aggressive tax planning”. The document presents three possible options.

The first would be for all facilitators to implement dedicated due diligence procedures to verify whether the arrangement or scheme they are facilitating leads to tax evasion or aggressive tax planning. The second option proposes a prohibition on facilitating tax evasion and aggressive tax planning combined with due diligence procedures, with an additional obligation for facilitators who provide advice or services of a tax nature to EU taxpayers or residents. to register in an EU Member State. The third option is the requirement that all facilitators follow a code of conduct requiring them to ensure that they do not facilitate tax evasion or aggressive tax planning (similar to requirements already contained in the PCRT). The consultation runs until October 12, 2022 and it is expected that any guidance will be adopted in the first quarter of 2023.

In the United States, regulatory requirements have been imposed on tax preparers for many years. Even so, there are clear concerns about the effectiveness of the rules. Currently, there is a bill before Congress with the great title of taxpayer protection and preparer jurisdiction. The bill includes requirements for tax preparers to be registered, pass an exam and background checks (i.e. “fit and proper”), and comply with CPD requirements. Although the bill has bipartisan support, it is not a US government bill and appears to be stalled at committee stage.

The requirements set out in the US bill broadly resemble those adopted in the Australian regulatory model. However, in either case, the existing rules and regulatory requirements do not necessarily appear to be as comprehensive as those you would need to follow if you are a practicing firm registered with the ICAEW. For example, neither system includes a monitoring regime, such as the practice assurance program.

Is regulation the way to go?

While improvements can always be made to ICAEW’s regulatory and oversight arrangements, the existing framework provided by a professional body such as ICAEW already meets, and in some areas exceeds, the statutory regulatory requirements found elsewhere in the world. . Therefore, it would make sense to build on these requirements and extend them to the entire tax services market, rather than introduce requirements that are not as effective as those under which an ICAEW professional firm operates. already, and which risk preventing taxpayers from taking the advice they need to comply with their obligations because it has become too expensive.

There will be an opportunity to hear others’ views on this topic at the Wyman Symposium. Look for more details