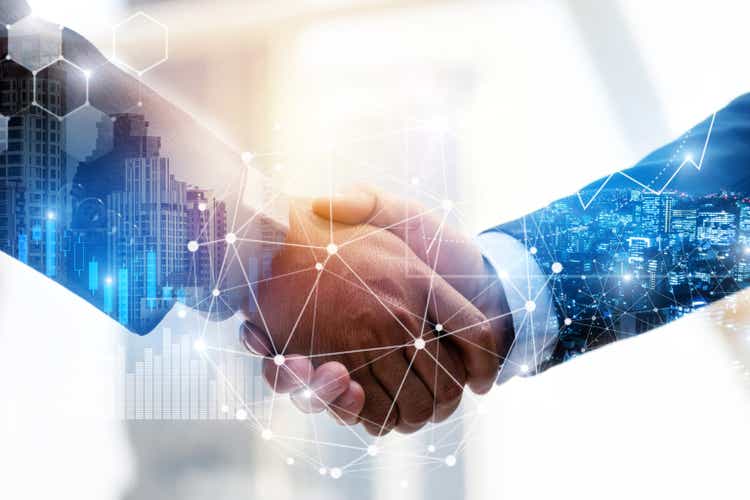 Flotek Industries, Incorporated (NYSE: FTK) underperformed the market the previous year, but has outperformed the market since the start of the year. The outperformance is exclusively attributable to the 98% increase in the share price in response to the company’s agreement with ProFrac Assets (PFHC), a vertically integrated energy company.

Additionally, after the maturity of the convertible bonds issued by the company, the stock will be significantly diluted, weighing heavily on EPS. Since there is no quantifiable evidence of improvement yet, only the most risk-tolerant investors will go ahead with the investment.

I’m hesitant to rate the company as a buy because it lacks reliable historical financial performance due to fundamental operational issues. Given the impending stock dilution, Flotek must address these issues to improve shareholder confidence.

Flotek is a specialist green chemistry and data technology solutions provider that helps clients in industrial, commercial and consumer markets improve their ESG performance and operational goals. It operates through two segments:

The company will cease reporting on a segment basis in future quarterly reports and will begin reporting on a consolidated basis. In the wake of the recently concluded PIPE agreement, the company is undergoing major changes.

Highlights of the PIPE Agreement

Flotek recently entered into a private equity investment (PIPE) agreement in February 2022 to secure growth capital, raising $19 million in net cash proceeds by issuing 10% convertible notes with a term of ‘a year.

Subsequently, the stock price almost doubled overnight due to the announcement of the contract expansion. As part of the expansion, Flotek expects its backlog to grow by more than $2 billion over the next 10 years, including revenues of more than $200 million in 2023.

As part of the expanded contract, FTK issued an additional 10% of convertible bonds with a principal amount of $50 million and granted nomination rights to ProFrac, for four of FTK’s seven board members. ProFrac would own up to approximately 48% of Flotek’s common stock on an as-converted basis.

Under the agreement, ProFrac will be obligated to purchase a minimum supply above either a baseline determined by reference to ProFrac’s first 30 hydraulic fracturing fleets deployed, or 70% of ProFrac’s requirements for ten years.

At first glance, cost of revenue appears to be out of step with revenue, accounting for just over 103% of revenue in Q1 2022, 92.5% in 2021 and 154% in 2020, leading to volatile profit margins. However, a one-time gain of $7.6 million recorded in 2021 due to a contract termination resulted in lower cost of revenue, meaning higher cost of revenue is the norm.

The company’s profitability lags that of its peers and has earned it the lowest rating, F, in Seeking Alpha’s rating system.

The company’s 5-year averages were badly damaged due to loss-making 2019 and 2020, but its revenue and gross margin declined for nearly a decade. Excluding the $7.6 million adjustments from the previous year, this would have resulted in a gross loss of $4.2 million.

According to the company’s latest 10-K filing, the impairment charge was recorded in accordance with the following:

For the DA reporting unit, output growth is still expected to be weaker in the near term as operators continue to exercise strong fiscal discipline in development spending. Intermediate volumes remained well below capacity levels. Although we expect production growth to pick up, it is likely to do so at a more cautious pace.

Reducing non-cash expenses doesn’t really excite me right now because the company needs to get its cash position under control. The company’s annualized operating cash burn rate is unsustainable despite the recent addition of growth capital.

The second-quarter earnings report will show an increase in the company’s cash balance as it issued the $50 million convertible notes as part of the expanded deal. Still, the leveraged FCF margin of nearly -60% and the sequential deterioration of FCF per share makes me doubt the company’s ability to convert to cash.

With the upcoming inflow of around $50 million against other loan notes, I expect these metrics to deteriorate before they likely start to improve in 2023.

Since the company is not reporting positive numbers at the net income level and cash flow is also negative, we will use its revenue and balance sheet numbers to value the company. It has contrasting advanced and TTM-based metrics due to the PIPE agreement.

The company’s P/E ratio of 6.8 is extremely above the industry median of 1.89, which is particularly concerning as FTK has almost religiously deteriorated its book value since the first quarter of 2019, rising from more from $4 per share to $0.18 at the MRQ.

For a small-cap company like FTK, the risks and rewards are almost always higher than large-cap stocks, but an unreliable operating history, weak balance sheet, and 680% premium on a declining book value make the action too risky for me. .

I would have rated the stock as a sell based on its current position, but due to the transformation deal, which could start yielding positive results in early 2023, I am neutral on the stock.

Opening a small position in anticipation of the potential upside by risk-tolerant investors may hold water, but the high volatility of the stock due to its low market capitalization and high risk, coupled with the general market slowdown, predicts bleak outlook.

Ellerbe: Gervonta Davis is the picture of 135; We got all the leverage