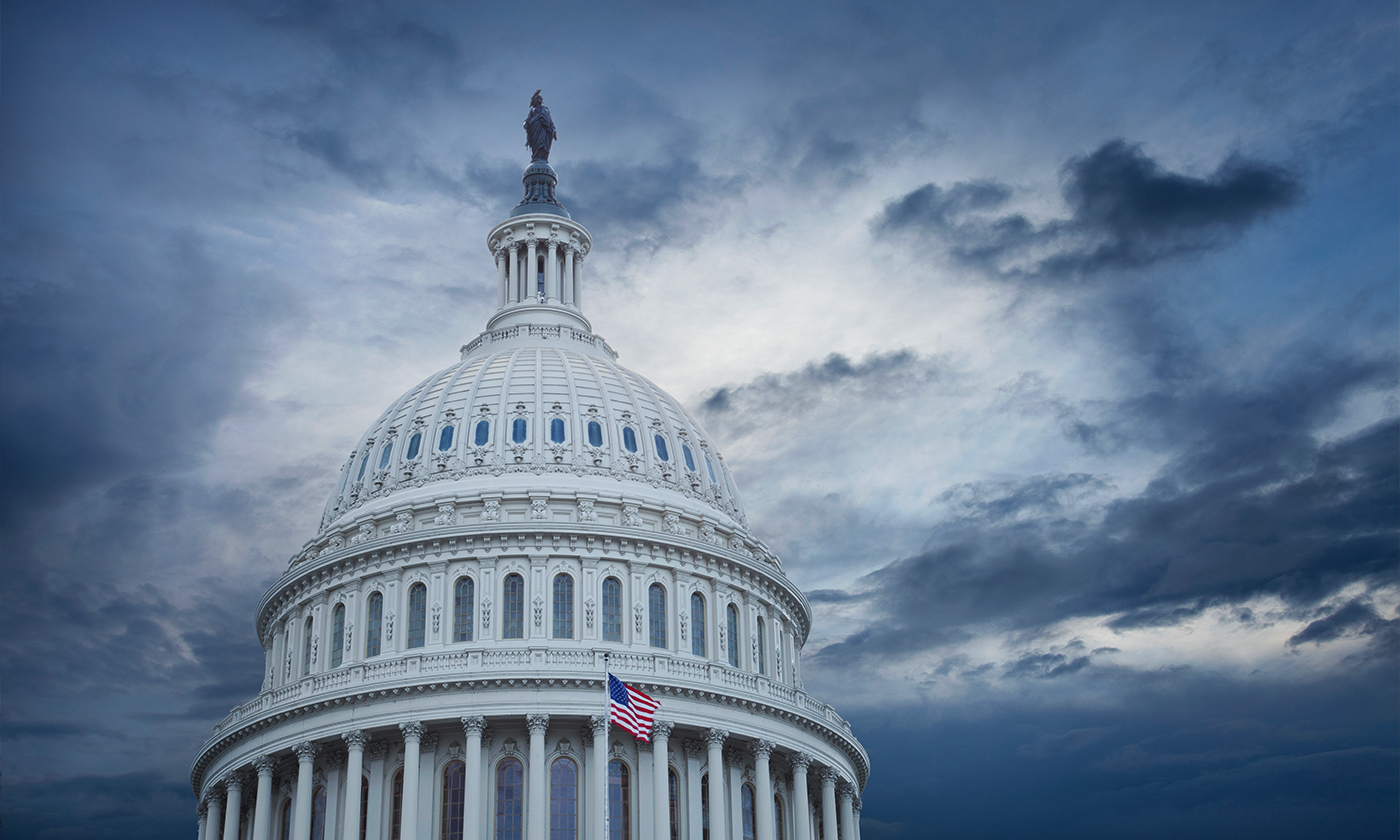 What They Knew: The US Government and the Climate Crisis

In a new book, Gus Speth traces 50 years of the US government’s role in global warming.

The word “causing” stands out well in the title of James Gustave “Gus” Speth’s new book, They knew: the fifty-year role of the US federal government in causing the climate crisis. Not only “ignore”, but provoking. It’s an indictment, and, in fact, that’s what this book is. It evokes memories of the 60s Pete Seeger song about a Marine platoon being forced to cross a too-deep river. “We were waist deep in the Big Muddy,” he sang, “and the big fool said carry on.”

In 2015, a group of 21 plaintiffs, none of whom were over the age of 19, submitted a brief to the District Court for the District of Oregon, claiming that the US government had violated its constitutional responsibility to protect their right to privacy. life, liberty and knowing property. “to perpetuate a fossil fuel-based energy system despite long-standing knowledge of its harms.” The charge is that we have known of the dangers for a long time, that we have been fully informed of what was necessary to avoid those dangers, and that time and time again the leaders of our country have chosen not only to ignore this knowledge, but although they knew, kept pushing. Nominated by the first named plaintiff, Kelsey Cascadia Rose Juliana, as Juliana v. United States, the case is backed by Spethexpert testimony. This testimony provides the essential They knew.

But who are “they”? And what did they know? Don’t we already know enough? Even though human beings have caused global warming, aren’t we all to blame because of our debauched lifestyles? Or is it the advertising industry? Or private industry lobbyists? Or black money? There are literally hundreds of books and thousands of articles in dozens of languages ​​telling how we got here and what to do about it. Why read one more?

For one, as co-founder of the Natural Resources Defense Council more than 50 years ago, Speth has worked for decades to address environmental issues. Her curriculum vitae describes a life of constant and extraordinary commitment to the common good. He became President Carter’s top climate adviser when Al Gore was just a freshman congressman and Bill McKibben was still a high school student. With a life of privileged access to the highest levels of government, his knowledge of the complex interplay of climate and politics is as rich as that of any living person.

On the other hand, although public awareness of the climate threat is far greater today than it has ever been, with that awareness comes inevitably the knowledge we need far more. than individual lifestyle changes; that we need wide systemic cash. Complicit as we are as individuals, the most intractable causes of this pernicious problem lie elsewhere.

After a brief summary of early climate policies, Speth begins his story with the Carter administration, when he was appointed to head the Environmental Quality Council.

He then guides us relentlessly through the tortured hesitations of seven successive administrations between acknowledging and denying the steady rise in atmospheric carbon that was causing record global warming year after year.

Carter was fully aware of the danger, and some of us remember him well wearing a cardigan as he addressed the nation in a White House set at 68 degrees to stress the importance of conservation. energy. Carter knew this and, with Speth and others, he set out to lay the groundwork for a realistic attack on the problem. “President Carter was, I believe, prepared to tackle the climate issue in a meaningful way if he were re-elected,” Speth writes. “But it was not to be.”

By the end of his term, it was clear that the government knew the danger, knew the alternatives, and over the next five administrations continued to sink deeper and deeper into the Big Muddy.

With his account of the Reagan administration, Speth launches his accusation: “This national energy policy of the past four decades is, in my opinion, the greatest failure of civic responsibility in the history of the Republic.”

From then on, the story is almost monotonous the same. With the exception of Trump, every presidential candidate managed to lick global warming…at first. During the first two years of his administration, Reagan’s Department of Energy produced “critical research on CO2 emissions and potential climate impacts.” But Speth’s former agency, the CEQ, has turned around, suddenly going silent on climate change. And despite the heroic efforts of staff, such as Environmental Protection Agency Director Bill Ruckelshaus and climate scientist James Hansen, Reagan cut funding for alternative energy, dismantled auto emissions standards, dramatically increased the offshore drilling and, borrowing from the tobacco industry, employed the “uncertainty principle”, arguing that “the science is not well enough understood to formulate meaningful policies”. Incredibly, this argument still persists in some corners today. And the big fool said to carry on.

“Those who think we are powerless to do anything about the greenhouse effect are forgetting the White House effect,” boasted George HW Bush during the election campaign, adding, “I have the intent to do something”. Report after report warned of the dangers to come if bold measures were not taken. But the Bush administration was caught in the act of trying to change James Hansen’s testimony on global warming. Bush’s chief of staff, John Sununu, has actively encouraged support from the fossil fuel industry to undermine public consensus around climate change. Obviously, despite its early demagoguery, the HW administration didn’t take long to push into the Muddy.

One might have expected the Clinton administration to do better. After all, his vice president was Al Gore. Speth acknowledges that “President Clinton has clearly grasped the gravity of climate change,” and his administration has warned that unless we act to reduce greenhouse gases, “our children and grandchildren will pay the price. price “. Hopes rose when 190 countries signed the Kyoto Protocol in 1997, promising to cut emissions. But opposition from Republicans and Democrats in the Senate condemned the treaty. Clinton was forced to remove him from the Senate, and again, we carried on.

Under George W. Bush? Same story. During his first term, the US State Department, the National Oceanic and Atmospheric Administration, and the EPA all issued warning reports. And in his first speeches, Bush clearly reaffirmed the need to reduce greenhouse gases. But that didn’t last long, and by his second term his administration had “focused its research and development on fossil fuels, not renewable energy research”, and had begun to take “contradictory actions”. with science”. The CEQ was now in the hands of Philip Cooney, a former oil lobbyist who was forced to resign when he was caught editing scientific reports – just like what had happened under HW Bush. Ultimately, with the power clearly in the hands of fossil fuel interests, greenhouse gases continued to rise unabated. Speth sums it up like this: “Admit it happening on the one hand, but at the same time cast doubt on the science, while supporting the fossil fuel industry and expanding fossil fuel development on the other. “

President Obama has been clear about his commitment. Speaking at COP21 in Paris, he said: “I have come here personally, as the leader of the world’s largest economy and the second largest emitter, to say that the United States of America not only recognize our role in creating this problem, we accept our responsibility to do something about it. Yet, although he understood the problem and presented his clean energy plan to achieve the goals set by the conference, it was too little, too late. In the end, the need to meet the Paris Agreement’s aspiration to keep emissions increases well below 2 degrees Celsius proved too strong, and Speth concludes that despite his serious intentions, the The administration’s climate policy efforts “have fallen far short of a reasonable response to the dangerous climate situation facing young people. They may not have continued, but they have been unable to do Nor does it go backwards, especially in light of what happened next.

By the time Speth comes to the next administration, he has made his point. Although he rigorously cataloged the disastrous actions of the Trump years, all that remained was to state the obvious. “The Trump administration has acted with a reckless disregard for the lives of young people and future generations. … [It] sought to eliminate virtually all climate protection initiatives from previous administrations.

Although Speth was instructed to frame his narrative as a detective story, in the end, it’s more tragedy than mystery. Of course, there are cops and robbers, and no reader can miss the thriller. But despite the overwhelming evidence that the fossil fuel industry has poured its misinformation and huge fortunes into the system for decades to denigrate scientists, bribe politicians and corrode the truth, the thieves are not the accused in this case. This is a case against the US government, and in a democracy, that means us. We all pay, and the tragedy is that the youngest will pay the most for the longest time.

They knew is a must read, as this book is not so much “history” as a window into the present, in which the pressures of the fossil fuel industry and government processes collide. The more we can see what they knew then, the greater the possibility that we can cope with what we know now.

Why we love feedback at VERBIO Vereinigte BioEnergie (ETR:VBK)

International Court of Justice: harnessing the benefits of technology